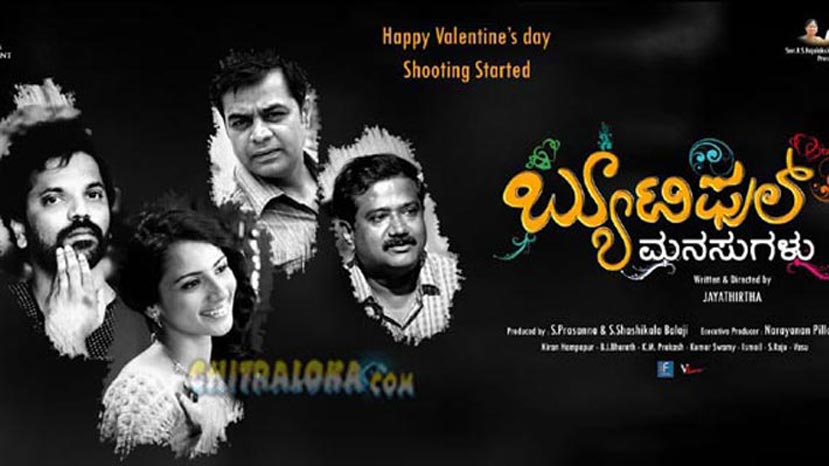 After the successful 'Lucia', Satish Neenasam and Shruthi Hariharan has been paired together once again in a new film called 'Beautiful Manasugalu'. The film is scheduled by launched on the Valentines Day.

'Beautiful Manasugalu's the fourth film of director Jayatheertha, who had earlier directed 'Olave Mandara', 'Tony' and 'Bullet Basya'. Jayatheertha himself has written the story and screenplay of the film. Skanda Audio Prasanna is the producer of the film. Bharath B J is the music director while Kiran Hampapur is the cameraman.

One of the highlights of the film is, Jayatheertha is introducing 80 new talents in this film. Apart from Satish Neenasam and Shruthi Hariharan, Tabla Nani and Prashanth Siddi are playing prominent roles in the film.