Priya Anand Selected as Heroine for Puneeth in Rajakumara 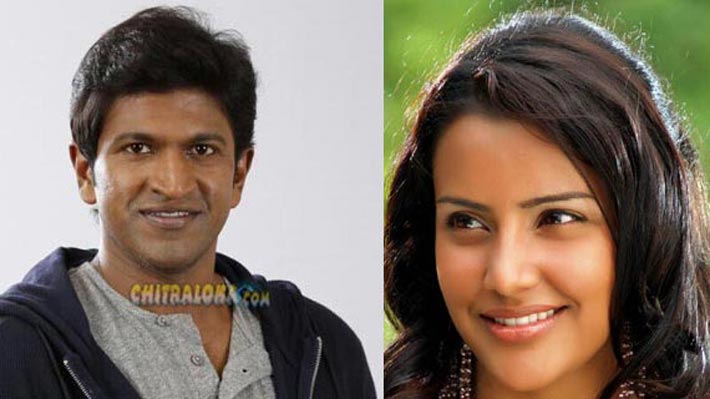 Actress Priya Anand of 'English Vinglish' and 'Eder Neechal' fame has been selected to play the female lead opposite Puneeth Rajakumar in his forthcoming film 'Rajakumara'. 'Rajakumara' is being produced b Vijay Kiragandur of Hombale Films and being directed by Santhosh Anandram who had earlier directed 'Mr and Mrs Ramachari'. Santhosh himself has written the story and the screenplay of the film. V Harikrishna is the music director, while Venkatesh Anguraj is the cameraman.