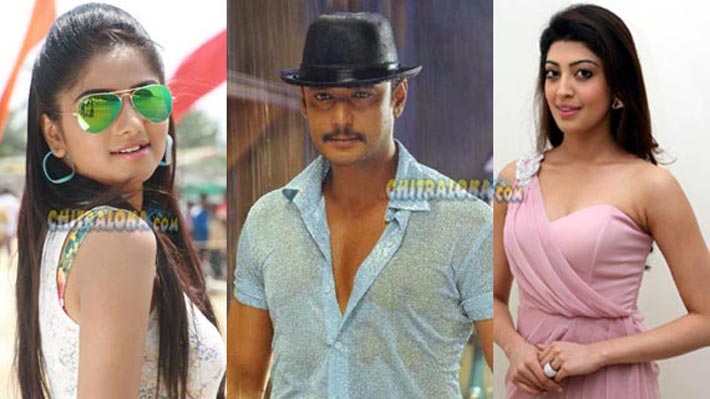 Darshan starrer 'Jaggu Dada' which is being produced and directed by Raghavendra Hegade is nearing completion and Rachita Ram and Praneetha has been roped in to play guest roles in the film.

Both Rachita and Praneetha made their debut through Darshan's films. While Rachita made her debut with 'Bulbul', Praneetha came to Kannada film industry through 'Porki'. Now both are being seen in cameo roles in 'Jaggu Dada'.