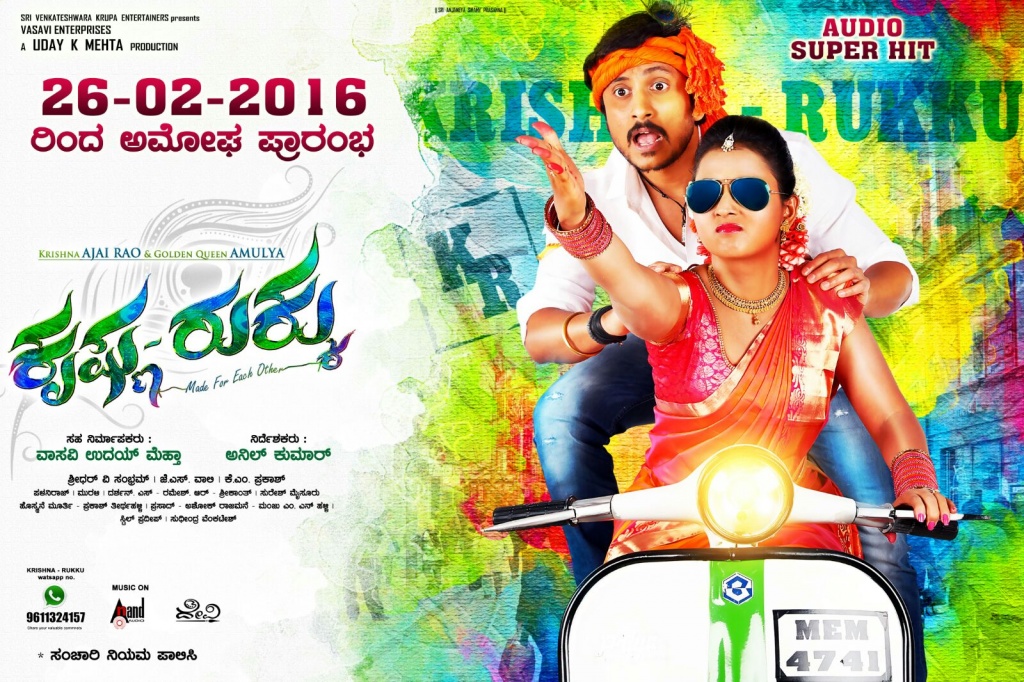 Ajay Rao and Amuyla starrer 'Krishna-Rukku'  movie is getting released on 26th February. The film is being produced by Uday Mehta and directed by dialogue writer turned director Anil.

Ajay Rao and Amulya plays the role of Krishna and Rukku and apart from Ajay and Amulya, Girija Lokesh, Shobharaj and others playing prominent roles in the film.