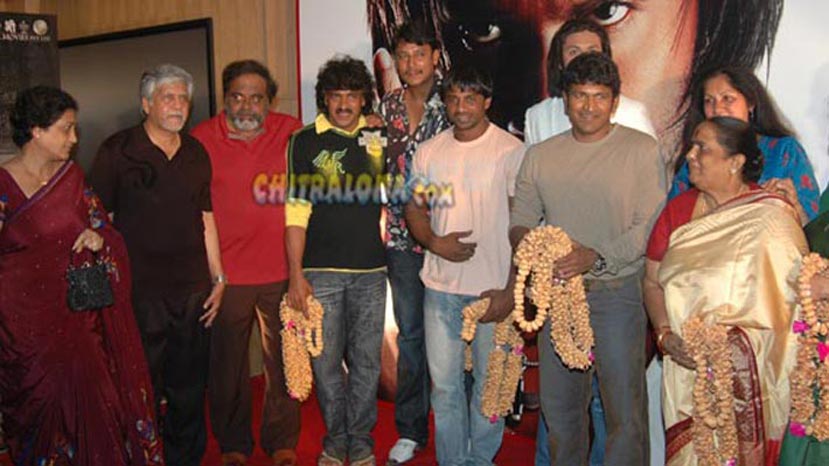 SV Rajendra Singh Babu who had so ambitiously launched Rakthaksha in the presence of many bigwigs in the industry including Dr. Vishnuvardhana, Ambareesh and Puneet Raj Kumar has finally scrapped the entire film. The cost relating to the shooting of the film so far has gone to drains because of this one decision "I had no other go. I had shot for a few days and now with the stricter censor guidelines I fear the chances of the film with a revolutionary story concept getting cleared in censor does not appear to be brighter.

Look at what is happening to big budgeted films like Telugu film Shakthi and Badrinath which have faces lot of censor problems and cuts which has spoiled the continuity of the whole film. I cannot convince the audience even one frame of Rakthaksha is cut. I cannot change the script which I passionately wrote. I just scrapped the film, but I feel sorry for my son Audithya who had worked so hard for the film and who showed such a high degree of talent as a performer' said Babu.

Babu is now concentrating on his next project "Rebel' and also wants to release  "Bhimoos Bang Bang Kids' starring Upendra and Ramya.