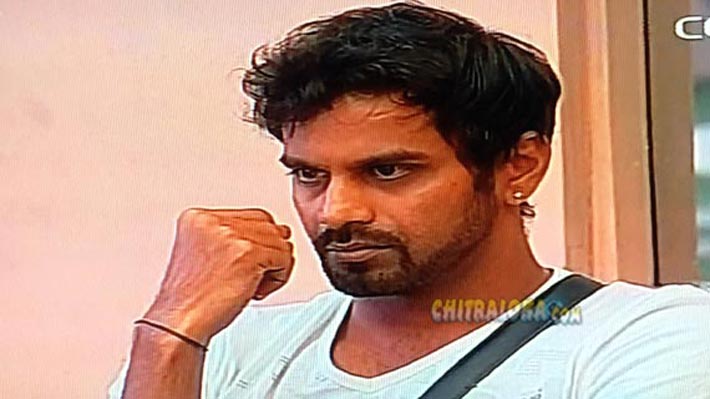 Well known cricketer N C Aiyappa who was in the second season of 'Big Boss' from the beginning has been eliminated today. This week there were six contestants left in the 'Big Boss' house including Shruthi, Pooja Gandhi, Rehman, Ayyappa, Master Anand and Chandan. Of the six Pooja Gandhi got a direct entry to the finals as she was elected as the captain this week and stayed out of the nomination for elimination. Of the five contestants, four except Master Anand was nominated for elimination. No one nominated Master Anand for elimination and he also got a direct entry to the final rounds.

Finally five contestants were left and N C Ayyappa has been eliminated from the house.