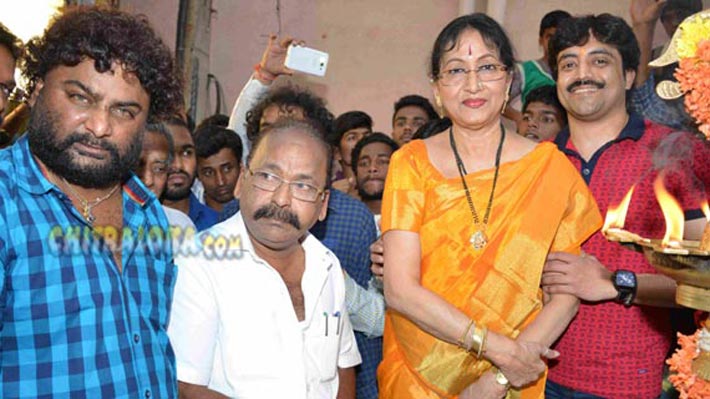 'Firing Star' Venkat has launched his new film 'Porki Huchcha Venkat' in a slum in Chamarajapet. Veteran actress Bharathi Vishnuvardhan and KFCC ex-president B Vijayakumar came over as chief guests for the launch of the film.

Venkat says the place is very much lucky for him and that is why he opted to do the muhurath of the film in the slum. 'I have shot my previous two films here and the people here have always co-operated with me. So, I planned to launch the film here' said Venkat.

The film is written and directed by Venkat and he plays the lead role in the film. There are two heroines in the film and they are yet to be finalised.