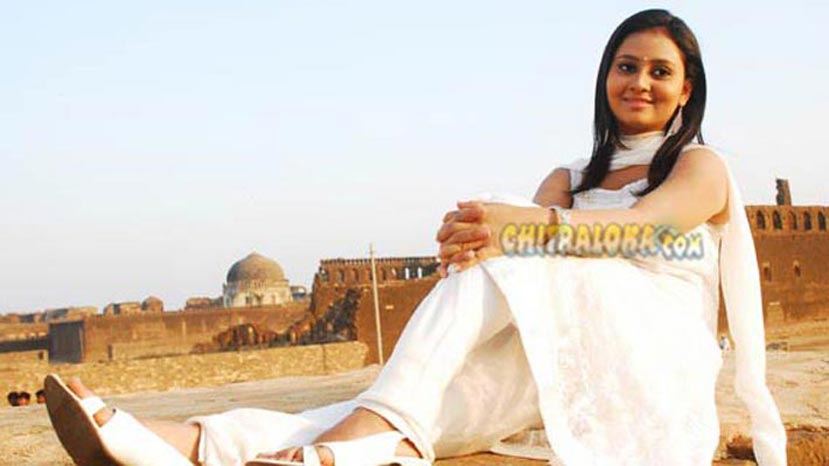 Deepark Urs, the newbie director of Rakesh-Amulya starrer Manasology had organised a press meet on Thursday night to give details of the film and about the songs of the film . Earlier, the audio of the film was released in a private channel when the singers of the album sung the songs and the people connected to the film spoke about the film. It was something like a repeat act in front of the media but the difference was that Deepak chose to answer a few questions. Deepak who is brother of Actor Amoolya owns an editing suite and had assisted in the direction department to director Prashanth during the making of Love Guru.

Manasology is his first film which he described as a different type of film which dealed with love and the mind games. The script and the music of the film are the highlights, said Deepak. He also said that the film has been shot in many places in Karnataka and the song picturisation has taken a longer time because he had wanted it to be unique. He also added one more song picturisation was planned to be shot in a few days.

The film's music director Anoop Sileen said that only Kannada singers have been used as play back singers of the film and he was happy that Deepak gave him full freedom to chose his list of singers.

He said a well known Hindustani Singer like Ravindra Suregaavi from Northern Karnataka, Ritisha Padmanabha who had shown her singing talents in the talented singer contest on a National channel was also used for the songs. MD Pallavi and Apoorva Sridhar were the other singers. He has also provided play back for a couple of songs, Anoop added. 'The songs have lot of variety in them' said Anoop.

Amoolya said that this was her fifth film as a heroine and she would gladly say that Manasology role was come complex and matured than any of her previous roles before.

"Since I had to take up the job of working in films only during the Holiday period, I chose this subject which really excited me. I think the film will certainly prove to be different from the normal type of films we are accustomed to seeing' said Amoolya.

Raakesh of Josh was happy to be selected for the lead role in the film and said director Deepak has not made any compromises during the making of the film.