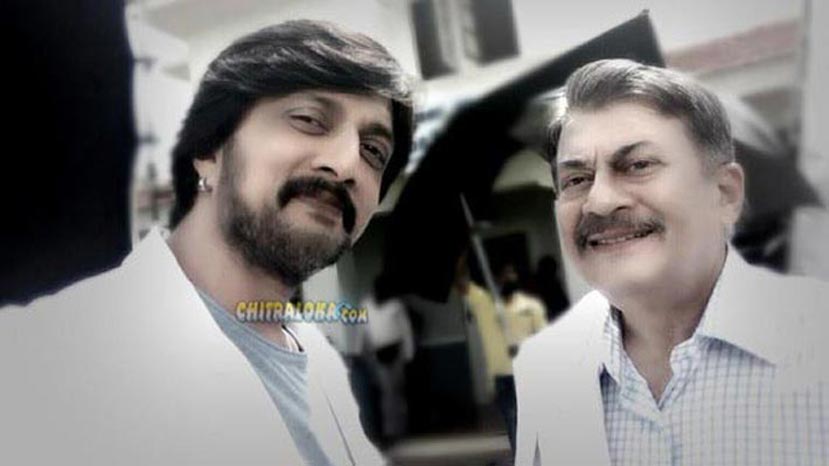 Now it is the turn of Anant Nag. Nag and Sudeep shot for the new advertisement on Monday. Anant Nag is not new to advertisements either. One of the most recent was the Hindi advertisement for an insurance company.