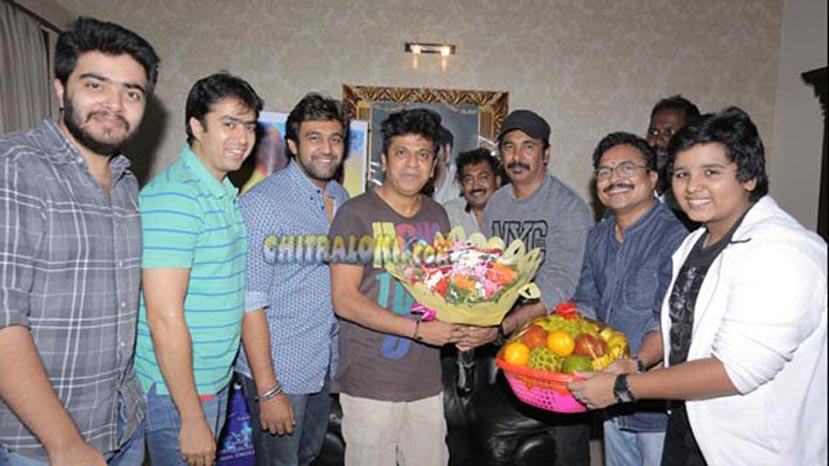 The third song Neenu Banda Mele is written by Kaviraj and sung by Sonu Nigam and Shravani. The mustic for the film is by Anoop Rubens. The song is choreographed by Murali and directed by Vijay Kiran. Shivanna watched the song on the laptop and praised it for being a good romantic number. Two more songs of the film will be launched by other top stars in the next two weeks before the final audio launch of the entire album next month. The film stars Chiru, Amula and others.