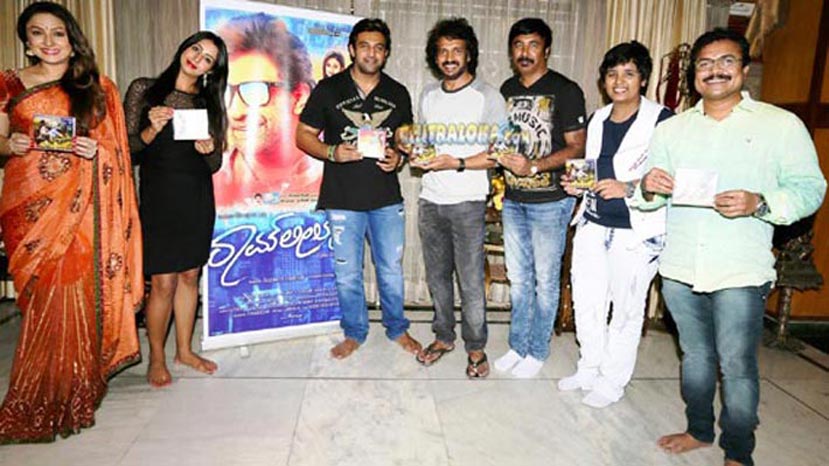 Actress Sanjjanaa celebrated her birthday at the house of Upendra which also marked the release of the second song of the film Ramleela. The first song of the film sung by Puneeth was released last week on Dhruva Sarja's birthday by the latter.

The second song was released by Upendra and his wife Priyanka Upendra to mark Sanjjanaa's birthday. The song features Sanjjannaa. In a co-incidence Upendra had visited the sets of the film Ramleela when this particular song was being shot. Now he has released the song. He heard the song and praised the film team saying he had no doubt that the song would be a hit as it was well made. The film is produced by Soundarya Jagadish and stars Chiranjeevi Sarja and Amulya.