Jaggesh Not Worried About Comparisons 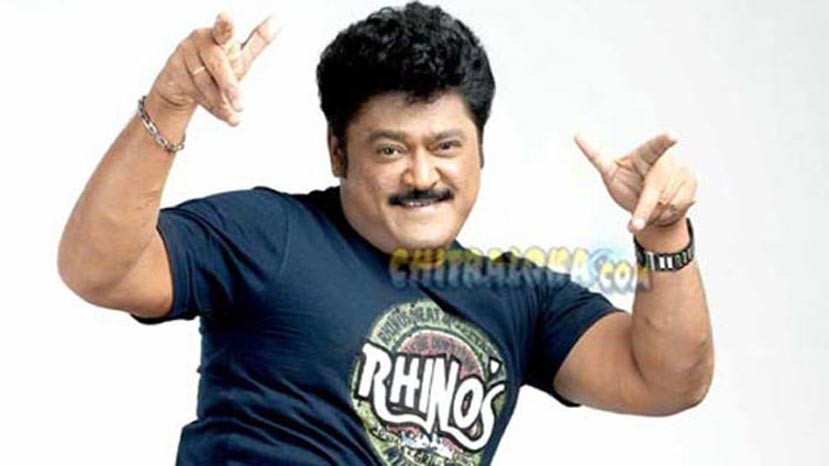 Jaggesh is presently involved in teh post production work of his recent film Body Guard which is all set to release in October.  The film which is directed by Anand is being  produced by his wife Ms. Parimala Jaggesh and Narasimhan.  The film is a remake of  Malayalam Hit Body Guard featuring Dileep and Nayantara in the lead.

‘Bodyguard’ was one of the most successful movies in Kerala in recent years.  The big success of the film and the sentimental element found in the climax sequence inspired many  makers to remake it in other languages in Tamil, Hindi.  Now,  the Telugu and  Kannada versions of the film is now being made now.   The Tamil version titled as Kavalan had super star Vijay in the lead while  Asin  was his romantic interest.   Just three days ago, the Hindi version of Body Guard  with Salman Khan and Kareena Kapoor in the lead has been  released on the eve of ‘Eid’.  The film had a humangous opening and has been declared a blockbuster while the Telugu version ‘Ganga – The bodyguard’ with Venkatesh and Trisha in direction of Gopichand Malineni is still in making.

The shooting part of the  Kannada version starring Jaggesh and Daisy Shah is completed now.  The post production work of the film is now in progress.

The success of  Hindi version of  Body Guard was much expected  as Salman Khan  has been hammering strong eversince  Wanted and Dabbang had become huge hits.   He is a  popular actor  who has a fan following  all over India. The Hindi version of film released in Karnataka on Friday has been exceedingly well received by the audience.

Obviously when  the Kannada version of 'Body Guard'  featuring Jaggesh is to get released,  the audience are sure to compare it with the other two versions which have always been released.

More than the effect on the  film's  Box office  collections, the audience may well compare the production values.   However Jaggesh is not worried about this aspect.  "We have more depended on the Malayalam version of the film which had a strong sentimental content that focusing on artificial production values.  I think the sentimental factor of my film will touch the heart strings of the viewers to enable the film to get big success' says Jaggesh.

In the Hindi version,  Sallu Bhai who has done dare bare action stunts opening the six packs in the film. This has appealed to the audience  Salman may be just one or two years younger to Jaggesh, but has shown tremondous apetite for keeping his six pack  physique intact.