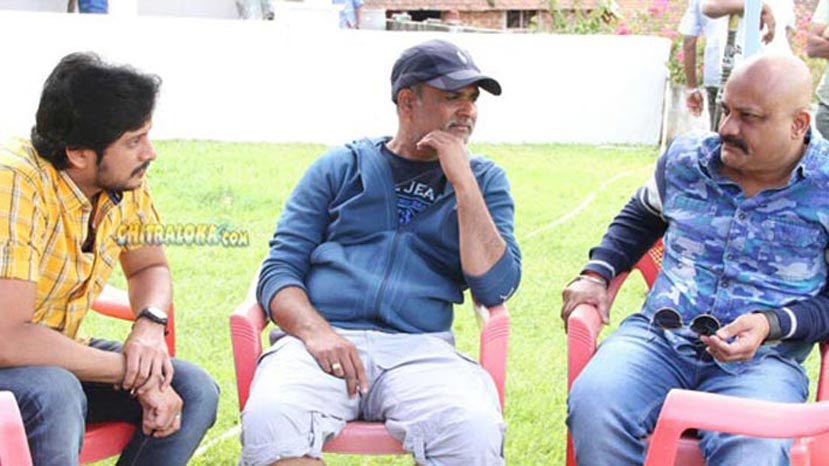 Shashank who is a common friend of both actor Ajay Rao and producer Uday Mehta visited the sets of 'Krishna-Rukku' recently and wished the team a huge success.

Ajay Rao and Amuyla starrer 'Krishna-Rukku' which is being directed by Anil of 'Dilwala' fame was launched on Wednesday morning at the Siddi Vinayaka Temple in Sharada Colony in Basaveshwaranagar. However, Shashank could not make it to the launch as he was busy shooting for his latest film 'Mungaru Male 2' at Sakleshpur. But Shashank made it a point to wish the team, when they were shooting in Chickmagalur on Friday. He went to Chickmagalur from Sakleshpur and wished the team a huge success.

Apart from Ajay and Amulya, Girija Lokesh, Shobharaj and others are playing prominent roles in the film. Sridhar V Sambhram is the music director while Jagadish Wali is the cameraman.