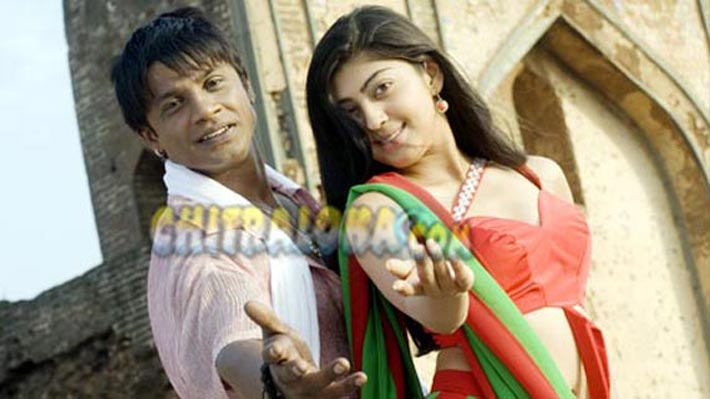 The audio album of  Shashank directed film “Jarasandha’ has been released on the festival day   Eversince the audio has been release, there has been a high degree of positive talk emerging about the songs of  the film.

Now, our regular brouser and  Kannada film enthusiast  Karthik Gowda who shows lot of interest about promoting the Kannada film through his blogs and also through interactive fan websites has written the Review of the Jarasandha audio on request.  Here is his comment on the quality of  songs of  Jarasandha.

Neerige Baare Chenni: This has lyrics by Shashank himself and sung by Arjun Janya & Shamita Malnad. This is a stylish folk song sung very well. It has some western interludes in between. The singing is very good by Arjun. Arjun is marking the name in singing department too with his unique voice. Shamita Malnad too has given her best. Shashank Lyrics is very good which goes on between a boy and girl teasing each other.

Avarivara Jothe: This too has lyrics by Shashank and is sung by India's Best Singer today Sonu Nigam and Anuradha Bhat. The song starts off very well. The initial tune with which the songs start haunts you. It has that typical Arjun's BGM Feel. The keyboard and violin are used well in this song too.

Padhe Padhe Phoninalli: This has lyrics by Shashank and Prahalad Raj and is crooned by Real Star Upendra who has been singing a lot off late and Priya Hemesh. This singing duo had given a blockbuster in THAGLAKONDE in Jogaiah and continue their streak once more. The song will be a hit among the masses. The usage of Annavru's Mayura song as a ring tone and a busy tone just pump up the song more. A chartbuster by Arjun. Upendra's raw voice impresses a lot.

Hale Hubli: This is sung by the Music director again and has lyrics by the most wanted lyricist in Kannada, Yogaraj Bhat who has never failed to impress the audience with his rib tickling lyrics and he gives one more this time in Hubli style.  A very refreshing song with awesome singing by Arjun. Another chartbuster by Arjun. This will have the maximum number of repetitions in the album.

Yaaradru Haalagogli: This is a chorus song sung by Kailash Kher, Shashank Sheshagiri and Harshadananda with Lyrics by Shashank. Kailash Kher's voice has that raw feeling and this is one more song which will have repititions and will be liked by a lot of people. On hearing, this seems to be a montage shot coupled up with a fantasy group song of Hero and his friends or colleagues.

Overall, Arjun as usual never disappoints and gives another top class album after KEMPE GOWDA. The lyrics add more impetus and more kannada flavour to the songs. Easily worth the price it is being sold for.

Shashank has got a 4th consecutive album hit in his career. Arjun continues his top  form and moreover this being tagged as an action film from the time it has started maintains the feel too. All songs does not seem to be added just for the heck of it.