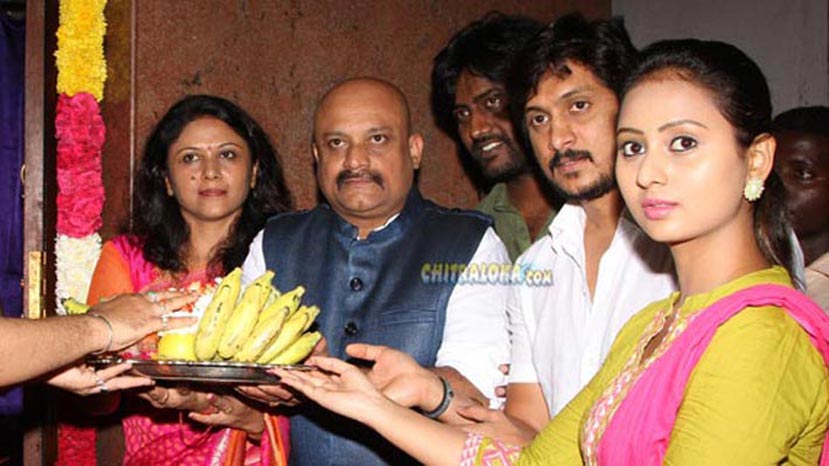 Ajay Rao and Amuyla starrer 'Krishna-Rukku' which is being produced by Uday Mehta and directed by Anil of 'Dilwala' fame was launched on Wednesday morning at the Siddi Vinayaka Temple in Sharada Colony in Basaveshwaranagar.

The film's launch was a low key affair with only the team members present at the muhurath. Ajay Rao, Amulya, director Anil, producer Uday Mehta were seen at the occasion.

Apart from Ajay and Amulya, Girija Lokesh, Shobharaj and others are playing prominent roles in the film. Sridhar V Sambhram is the music director of the film.