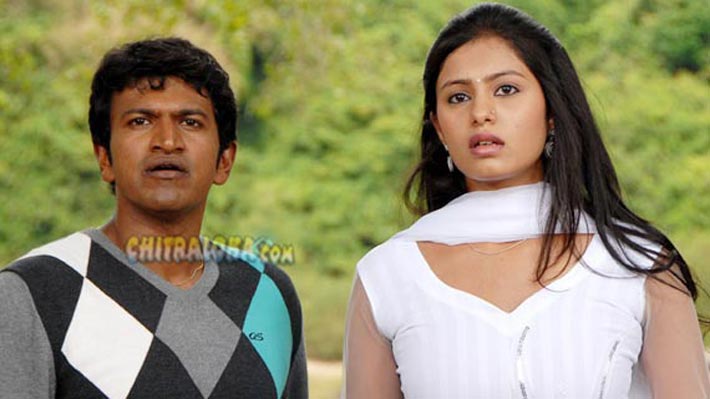 The picturisation of the last song of  Puneet Raj Kumar starrer Paramathma directed by Yogaraj Bhat and produced by  Jayanna and Bhogendra will be concluded on Thursday evening. The song picturisation which started on Monday  has Power Star and the film's heroine  Deepa Sannidhi dancing in  a special set erected in the Abbaiah Naidu studios.

The  song  is the last song  to be picturised for this   film  which has five songs.    The song has been choreographed by  Imran Sardaria. The song picturisation featuring Power Star Puneet Raj Kumar and the film's hroine Deepa Sannidhi and four other fantastic dancers from Bengaluru will be concluding on 8th September after which the film's audio will be released.

Incidentally the song for which  the film's director  Yogaraj Bhat has written the lyrics will start its Pallavi as "Enu Maadodhu, Onti Hoovondu Daareeli Sigthu,  Enu Helodhu Inta time alli Yaavanige Goththu'   is all set to create a big sensation after the audio release, say insiders of  the film Paramathma.  Already the song with the starting lyrics   "ATHLAGE AA HUDUGI ITHLAAGE EE HUDUGI'  has been much liked by fans as a few bit portions of the songs were shown on Television channels.  The Obba Obba Obba Parmathma was picturised recently in Bengaluru featuring  Puneet Raj Kumar, Aindrita Ray and others.

"It has fantastic musical beats.  Tremendous lyrics and two top class dancers like Power Star Puneet and surprisingly Deepa who has picked up the steps and beats very faster.   We are experimenting with this song in a new style which is sure to appeal to Appu sir's fans' says Imran.

Imran Sardaria  is quite excited about picturising this  song which is in a lyrical hip hop style.