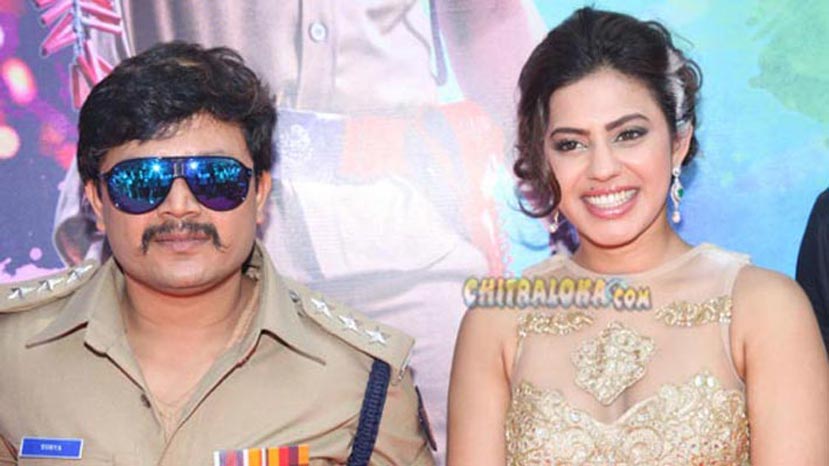 Ganesh's new film 'Pataki' which is the remake of Telugu hit 'Patas' was officially launched on his birthday at a playground in Rajarajeshwari Nagar. The film is being directed by Manju Swaraj of 'Shravani Subramanya' fame and produced by S V Babu under the S V Babu Productions.

Ganesh said he is very much happy to be a part of the film 'After 27 films, I am playing a full time cop in this film. Till now I have been seen in romantic and comic roles. It was my long time dream to play a cop in the film and now the dream has been fulfilled through this film. Though this is a remake film, director Manju Swaraj has made many changes to the script. This is a challenge for any actor and I hope I live up to the audience expectations' said Ganesh.

Actress Ranya who was last seen with Sudeep in 'Manikya' has been selected as the heroine of the film. Apart from that Saikumar has been roped in to play Ganesh's father. Venkatesh Anguraj is the cameraman, while Arjun Janya is the music director of the film.