Saagar to have a November Release 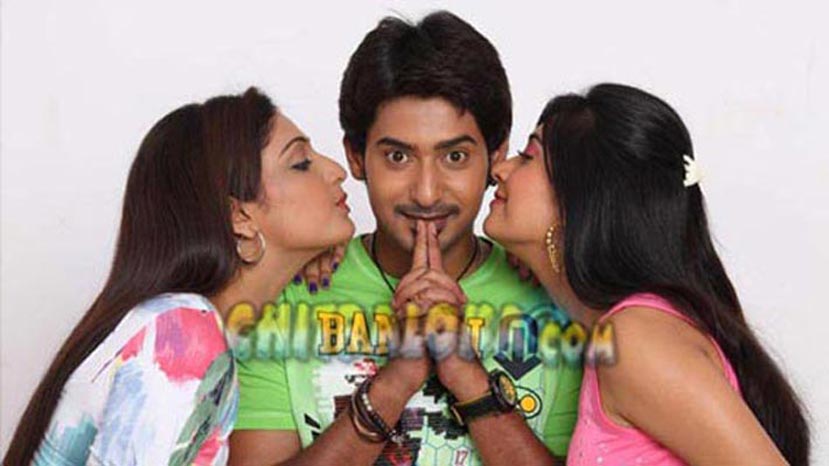 Major portions of   Saagar produced under the banner of  Ramu Enterprises production  which is directed by  M.D. Sridhar  has been completed. The film is yet to  to complete its shooting of portions in abroad.  The film is slated for release in the month of November, says producer Ramu in  a press conference of the film organised on Monday night.

Incidentally  Saagar unit is now getting ready to go to abroad to shoot the sequences and songs for the film.  Earlier three to four days pending work would be  finished in Bengaluru after which the unit including  Prajwal, Radhika Pandit, the film's villain  Dev Gill and Sanjjana would be cathcing the flight along with the technicians of the film.

Ramu said that the film is  a big budget venture and has around 35 to 40 well known artists working for it.   He is quite happy that  the artists and technicians connected to the film have performed well.

Ramu said that he  had intention of  making a Telugu film and had suggested his friend and story writer Kumar from Hyderabad to give him a suitable story.  "I  got the story which appealed to  to me.   I thought of  making the film first in Telugu after which I planned a remake in Kannada.  Meanwhile, director M.D.Sridhar was in talks with me about a Kannada film for our banner.   M.D..Sridhar heard Kumar's story and suggested me  that it would be better if we do the film in Kannada and later remake it in Telugu.   He convinced me  and took the script with him.  Sridhar and his writer B.A.Madhu discussed  the story and incorporated  certain changes in the story to suit our Kannada film nativity.  All these changes  were all very helpful for the film's  script.   Then we thought Prajwal would suit the role very well.

We lined up three talented  and beautiful girls like  Radhika Pandit, Hari Priya and Sanjjana for the three important roles.  Sridhar suggested  Dev Gill for the villain