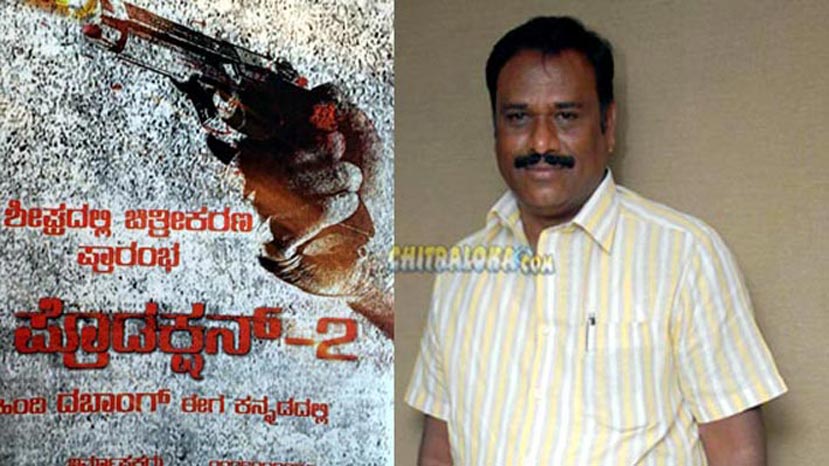 Just when there was news that Dinesh Gandhi has shelved the production of 'Kanwarlal' which is the remake of Hindi hit 'Dabaang', there is a news that Krishna Devegowda who was the financier of 'Kanwarlal', will be taking over the film and will be producing the 'Dabaang' remake.

Krishna Devegowda has announced that he will be producing the Hindi remake of 'Dabaang' soon, but has not announced who is the hero nor the title of the film. Earlier, Ganesh was supposed to play the lead role in the film, but Ganesh backed out due to various reasons. Now Krishna Devegowda is in search of a suitable hero for the film and is hopeful of finalising a new hero soon.

Dinesh Gandhi who was the original producer of the film says, he is very lucky as the project is out of his hands and the project was very unlucky to him.