Ranavikrama Houseful in Other States 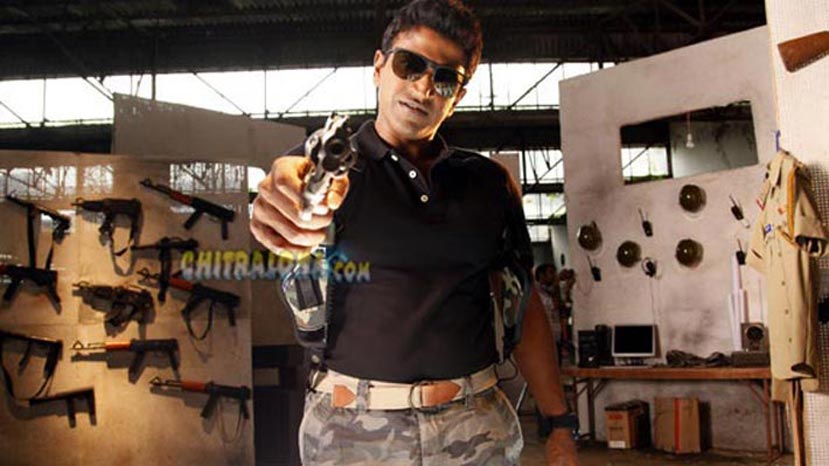 Puneeth's Ranavikrama, which is setting a new trend for Kannada movies by releasing in around 40 theatres outside Karnataka has notched up another success already. Producer Jayanna gave details that tickets for many of the first day shows in other states including in cities like Mumbai, Hyderabad and Chennai have been sold out.

This is the first time that a Kannada film is being released outside Karnataka on such a large scale and gaining so much positive response before release. In Karnataka the film will be released in over 200 theatres.

Pre-bookings were opened a few day ago and many centres are already sporting houseful signs. Ranavikrama is the biggest release in Kannada so far this year.