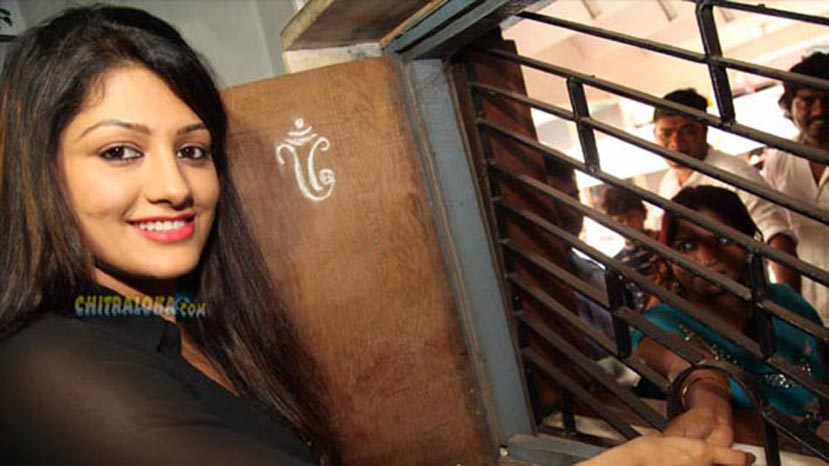 On Friday afternoon, Guru made actress Radhika Kumaraswamy to issue tickets in a bid to not only promote the film, but also woo the audience. Guru had earlier publicised that Radhika will be issuing the tickets of 'Rudrathandava' at the Nartaki Theater in Bangalore.

Likewise, Radhika came to Nartaki and issued tickets for the matinee show. Many Not only the people who had not seen the film, but also few who had watched the film earlier came to watch the film once again because of Radhika. The show was quite houseful.