Count Down Starts for Rudrathandava 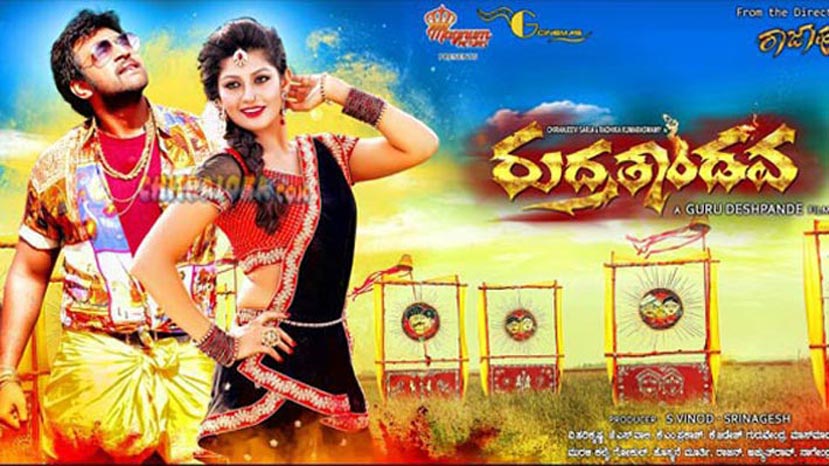 Chiranjeevi Sarja and Radhika Kumaraswamy starrer 'Rudrathandava' which is being considered as the most anticipated film of the season is all set to hit the screens on the 27th of February. 'Rudrathandava' has been in the news for many reasons for quite sometime. Firstly, the film is the remake of the critically acclaimed Tamil film 'Pandiyanadu' starring Vishal in lead role. Secondly because of the star cast of the film. Director Guru Deshpande managed to rope in Chiranjeevi Sarja, Radhika Kumaraswamy, Girish Karnad, Kumar Govind, 'Madarangi' Krishna, Ravishankar and others for prominent roles in the film.

Apart from that there are many highlights including Ramya Nambeesan's song, Puneeth Rajkumar's song, villain's trailer and many others. The film is jointly produced by Nagesh and Vinod and while Harikrishna has composed the music for the film, Jagadish Wali is in charge of the cinematography