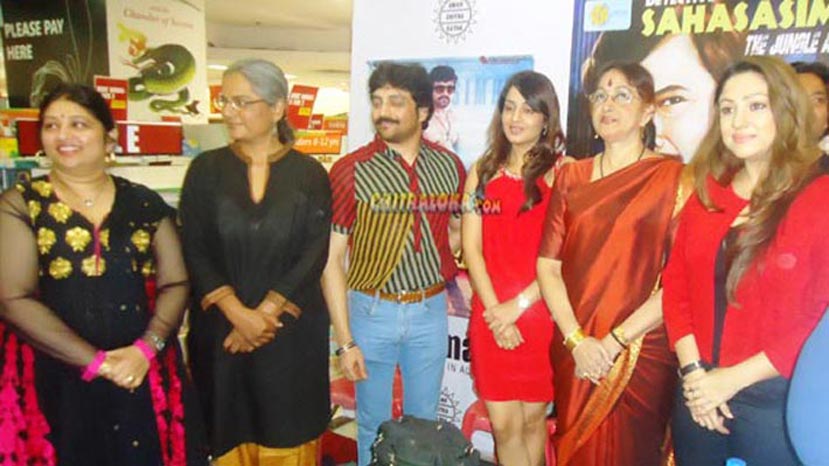 The second edition of Dr Vishnuvardhan's comics in which he plays the role of a detective called Pattedara Sahasasimha was released at the Landmark Book Store in Koramangala. The event was attended by Dr Bharathi Vishnuvardhan, Priyanka Upendra, Aniruddh, Keerthi Aniruddh, Nikitha Thukral and others. The comic has been released by Amar Chitra Katha.

This is the second edition of the famous 'Sahasasimha Series' and the first edition was released during the death anniversary of Dr Vishnuvardhan last year. The first in the comic series was titled as 'The Case of the Reluctant Pickpocket' and it featured Dr Vishnuvardhan along with his grandchildren Jeshta and Sholka.