Sudeep Returns Back the Silver Crown 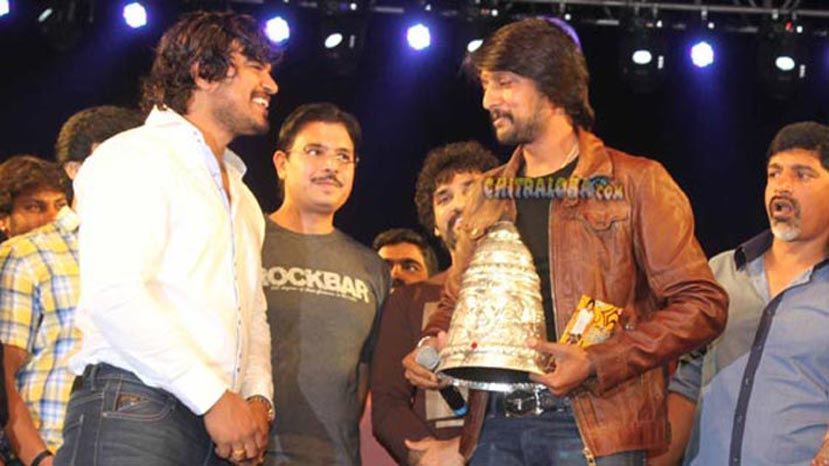 Sudeep returned back the silver crown which was given to him during the audio release of 'Just Madveli' and advised the film team to give the money invested on the silver crown to the needy.

Sudeep was the chief guest at the audio release of 'Just Madveli' which was held at the Shankar Nag grounds near the Vidyapeeta Circle in Bangalore. The team of 'Just Madveli' had planned to present a silver crown to Sudeep as a token of respect.

'I am overwhelmed by the love and support my fans have given me till now. But I am not big enough to receive such a present. I can't wear this crown. Instead I want to return it to the team so that they can use the money out of it to some charity work. I don't know for which cause you people use the money. But I wish from my bottom of my heart, that it should be used for some charity work' said Sudeep.