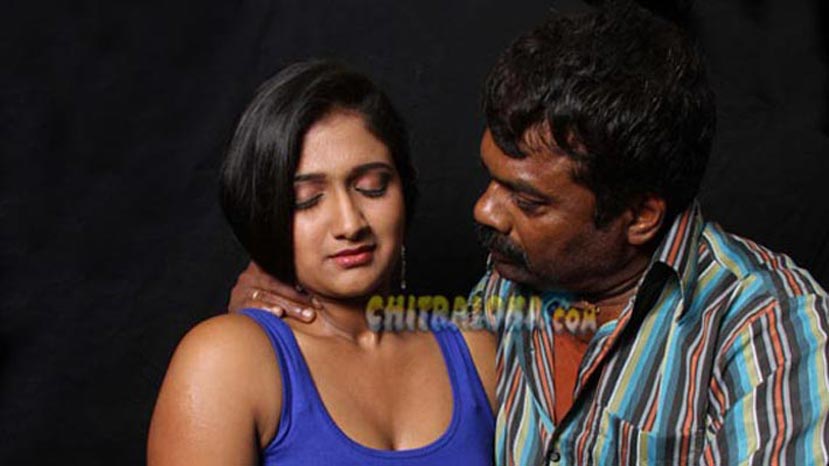 Malavalli Saikrishna has penned dialogues for dozens of films and filled the those films with life. In his first film as director, he had the challenge of bringing to life the story of one of the most inhuman persons in the history of Karnataka in recent times. The name of the film was changed from Umesh Reddy to Khatarnak just weeks before release. Saikrishna has succeeded to a large extent in making a film that is not only truthful to the story it tries to tell but also in creating an experience that is both thrilling and chilling.

The film is about a serial rapist and killer. The story begins with a group of young psychology students going in search of his life to understand why he became a savage. At the same time, the heroine has a similar attack by an unknown person like the one the serial killer does. The students pick up stories from the village Gowda, the investigation officer and others who are involved in investigation and arrest of the serial killer Umesh. They learn that he has done crimes one more brutal than the other. As their chilling journey continues, the heroine has to confront Umesh in the end. Was it Umesh himself who had attacked her and is she seeking revenge on him? There is an interesting twist to the question.

Sadhu Kokila's background score gives the film the impetus and mood so necessary in such films. Since there are no songs, the film is only two hours long and keeps the audience on the edge throughout. Since there are murder and rape scenes, the film has been given an A certificate and kids cannot be taken to the film. But for the older audience, the film is a shocking journey in the mind and life of a dreaded killer.

Saikrishna does not look like a first time director in this film. He has handled the subject with finess. It is not easy to produce such a film even and kudos to the producer for taking the dare. The film may not be to the liking of people of all sensibilities. Khatarnak is a film that will challenge your idea of how safe people are in their daily lives. Coming at a time when crime against women in Bangalore in public places is a heated subject, Khatarnak could well be the wakeup call for people to be double careful.