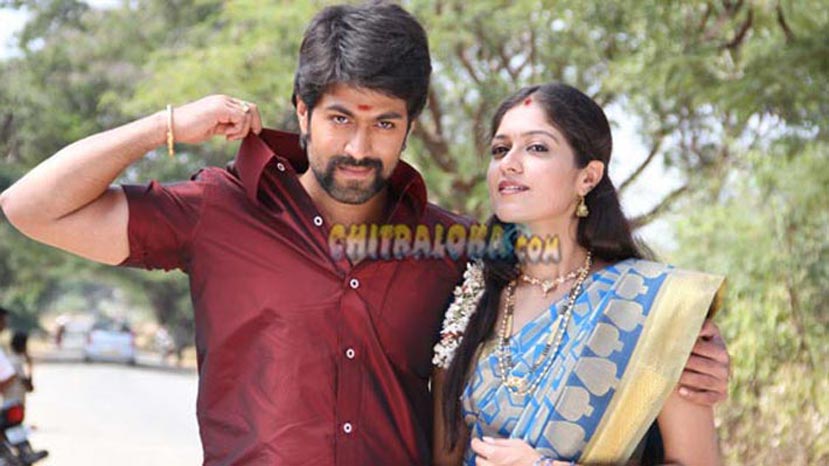 After watching the film, there is no doubt left that Raja Huli is going to be one more hit film for Yash. Producer K Manju can heave a sigh of relief, safe in the knowledge that he has a winner on his hands. This film is a remake of Sasikumar's Sundarapandiyan. Recently Prem Adda was a remake of Sasikumar's another film which did not do too well. Even this film talks about love, friendship and betrayal but in a contemporary setting. Raja Huli is however a better product. Yash's fans will relish this film and is another feather in the cap of the actor who is only getting better with each outing.

The film is a romance drama that breaks conventions of commercial films. It endears to the audience because of this very reason. There is no guts and glory machoism but a realistic portrayal of what a normal person would do when faced with not so normal situations. The love story itself is complex but made simple in the screenplay. Not one but four boys are in love with the same girl. She however has her own choice. The four boys turn out to be friends and how their friendship, hatred and emotional upheavels are tested is the crux of the story. Without going overboard, the narrative becomes an interesting mix of the drama of love and friendship.

The film has one of Yash's best performances. Meghana Raj gives a performance that belies her recent debut. Charan Raj could well become the standard father figure for leading men in Sandalwood. Hamsalekha's music has charm and makes the film more appealing. Raja Huli overall is a film worth every penny and some more. A perfect Deepavali holiday treat.