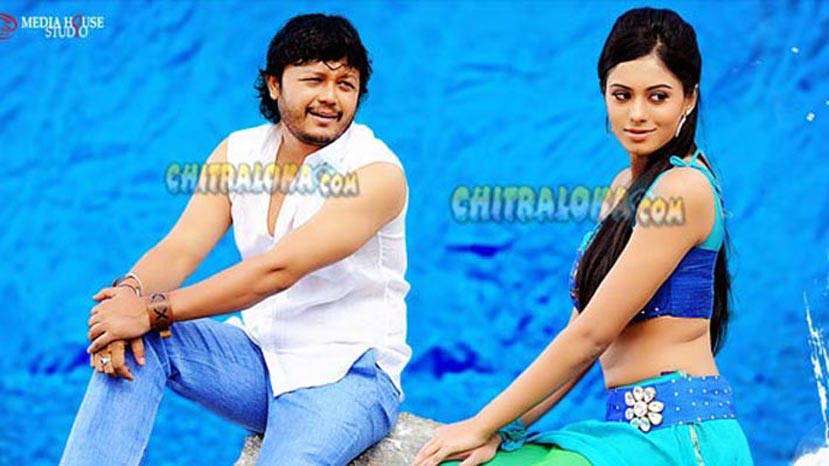 Sakkare is as sweet as its name suggests. It is a full-fledged romantic story that brings back Ganesh's innocent charm and sugary cuteness in all its glory. Ganesh, Deepa Sannidhi, Anant Nag, Vinaya Prasad and Anu Prabhakar light up the screen. There is nothing else in this film other than romantic stories. There is not one but four and two more versions of it. In effect, Sakkare is for everyone who is a romantic at heart and will bowl over those who like romance films. Though there is innocence written all over the stories, there is also lessons for life; about coping with tragedies, companionship and ofcourse how to express love.

Deepa Sannidhi comes to her sister's home in Coorg to forget about her broken relationship. Her sister, Anu Prabhakar is herself in the middle of a blossoming love with her boss. Enter, Ganesh, the neighbourhood hero, who tries to bring out Deepa from her depression. As Deepa begins to narrate her two failed affairs, Ganesh reveals that he was in love with her all along but she did not notice his presence. Is this a mystery or an eloborate story madeup by him? That will be revealed in the film. Meanwhile there is another love story between Anant Nag and Vinaya Prasad, a retired army bachelor and a middle-aged single woman.

All the characters enjoy little joys of life. Ganesh has a made-to-order cheerful character. Anant Nag seems to have grown younger from his few previous films. Vinaya Prasad is seen as his love interest and those who remember their combination, at least the film Gowri Ganesha, would be filled with warmth for their performances. The story unfolds between the current narrative and the flashbacks of both the hero and heroine. It is an unassuming narrative which grows upon you. By the end, you desparately want the two to unite. Abhay Simaha has managed to keep a tight hold on the narrative. The acting of Ganesh, Anant Nag, Anu Prabhakar and Vinaya Prakash is the highlight of the film. Achyuth is in his natural best but is the only character which does not fit into storyline. However, it gives a necessary diversion to the proceedings. The music is also top class and eagerly awaited by the audience. The lyrics are humourous and so are the dialogues. Sakkare is another original film in Sandalwood this year that is all set to make its way into the hearts and minds of the audience. Watch it to live up to the romantic lives of the characters.