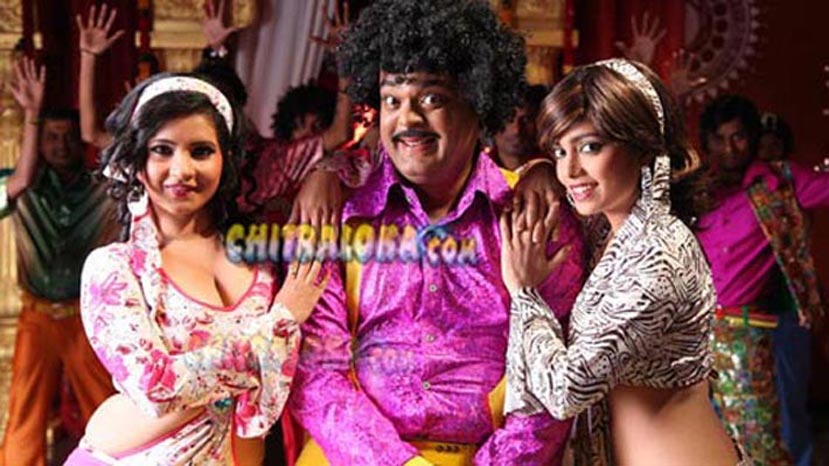 KM Chaitanya, has returned to directing a feature film after a while. He is still known as 'Aa Dinagalau' Chaitanya, after his first film that charted a new course as far as films based on the underworld is concerned. Parari is however completely different from his previous works. This film can be easily classified in the genre 'coming of age stories.' There have been such films before. Even Kashinath became famous with such themes. But there have been hardly any film in Kannada recently on youth growing up to be adults. 'Friends,' almost a decade ago was one such attempt which managed to gain both success and critical approval.

Parari is similar to quite a few films of this genre. One universally acknowledged problem of the teenagers and youth is that of sex. It is a commonly explored theme in all such movies. In fact, it is the most commercially viable subject around. Not bad, if you are targetting the same age group as your audience. In Parari, it is the story of not one but three young men who go about trying to become men by having a sexual encounter. They are put to the task by of all people, a sanyasi. They go to a village that is reputed to be a red-light area. Unfortunately, their secret mission becomes public when their village visit is telecast on a television channel.

They also fall prey to a pimp (Arun Sagar) who prefers to be called a 'fun co-ordinator.' He tries to blackmail the father of one of the boys who is a rich businessman. The boys, who fail in their attempt to have sex with the girls shown to them, escape with two of them. This 'Parari' is the entire story of the film. How they escape and learn the biggest lessons of their lives is narrated. In between they are caught in the most unexpected of troubles with a dead body. While the villains and even the police are on their heels, the boys really grown up in a few days. Instead of growing up making sex, they grow up learning responsibility and lessons of life.

Parari is not an extraordinary film, but it is still good enough for an entertaining watch. Two characters in the film stand out. One of Sadhu Kokila, who crops up in the most unusual of places. The other is of Arun Sagar, who gets a comedy-villain look. His getup and antics are truly a mirror to his talent. Bullet Prakash, Shrunga and Shuba Poonja give out good performances. Two of the songs are interestingly made and is a fun to watch. The film has an 'A' certificate and so kids have to stay out. Those naughty above 18s can have fun.