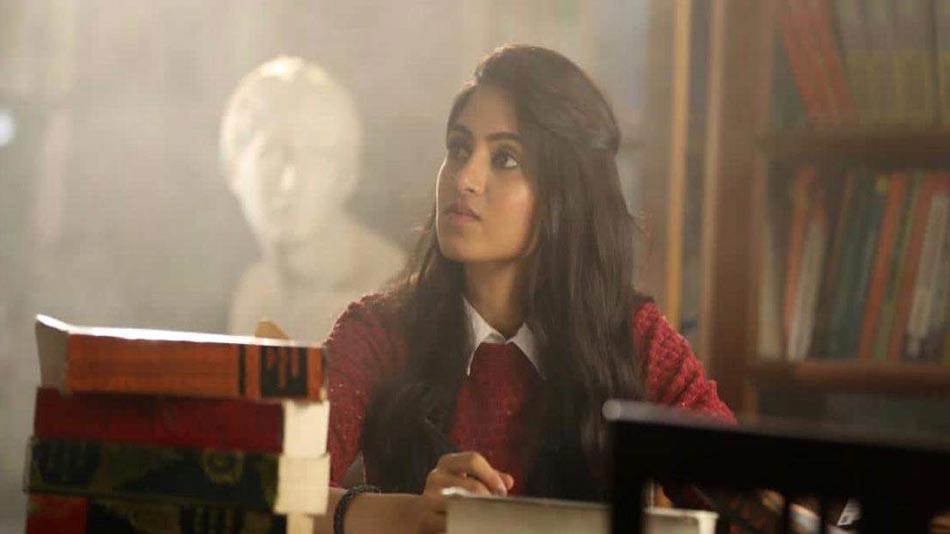 A founder who abhors even the thought of love on the campus is spoilsport enough. What if he is a ghost lurking in the college just to take anyone with romance on the mind to task? That’s Spooky College for you. Ghost Norway Michael Haydem holding fort at the St.Norway’s Engineering College where a hundred years ago he had founded an institution for orphans. Enter our lady Kushi (Kushee Ravi), who returns to college after a break just to leave behind her troubles. But she steps into a bigger trouble as the events unfolding in the college seems to have her mark all over them.

Director Bharath G, who has also written the script tries hard in the first half to create doubts and confusion in the minds of the audience. There seems to be two separate stories happening in parallel. One is of Kushi who is exorcising the ghosts in her mind with the help of Rishi (Vivek Simha). The second is of the strange deaths that begin to occur in the campus right after Kushi returns. Are the two related is the question that keeps haunting the audience throughout. The story provides an answer only in the end and till then you keep playing the guessing game.

There is depth in the story. There is a good background to the place and why it is haunted. Second the protagonist Kushi’s has a dark past which she has to come to terms with but has no one to share with. There are stock characters in the film including the exorcist and the police, but they are placed in a manner which furthers the story’s intention. All the tricks of a scary story are utilized well in Spooky College.

The director has a good cast, a good location and a good team of technicians who have executed it. The BGM and editing give the film an edge. The film is a stock horror film that uses every cliché. But it is the manner in which they are sequenced that makes it special. If you enjoy horror films and get the thrill out of getting scared, this is just the right film for you to cuddle up in the cold weather.