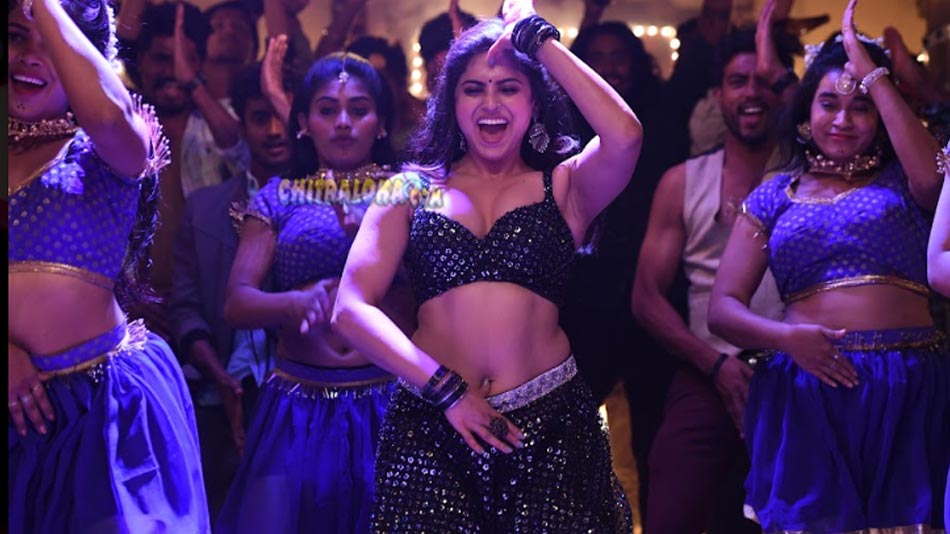 The taste of Dandupalya in Hubli

One of the most notorious criminal gangs of Karnataka, the Dandupalya, have been mentioned numerous times in films. Director Srinivasa Raju, over the last ten years has already made three films on the gang. He has covered every angle of the gang including the claim that they were innocents framed by the police. Now, in this new film, he goes a step further and reimagines them in completely different settings. This is an expansion of the story that is purely fictional.

The characters he created in his previous films come back to life here doing the bidding of his creative mind. They are as bloodthirsty as ever and as dangerous and dishonorable. It was these qualities that shocked and awed the audience and Raju decided to cater to them once more. He succeeds in this attempt. Hubli Dhaba is the kind of film that will quench the thirst of audiences who like to see blood and gore and extreme violence on screen.

The director brings a new storyline to the Dandupalya gang. This is his fourth film with those characters. From the controversial first film that was an unpolished spree of killings and lust, to ‘3’ which was a stylized update which overturned the story of the gang from being perpetrators to victims, Raju has exploited the saga for all its silver screen’s worth. If you thought everything that could be said about the film has already been said, here comes Hubli Dhaba, which expands the story further.

Three different plot lines run parallel in this new film. A mysterious death in a young couple’s home results in the informant becoming the suspect. In the second a drug dealer is on a major consignment transport mission. In the third, the Dandupalya gang is being transported for their capital punishment. Police investigator Chalapathi (Ravishankar reprising his role from the earlier movies) is investigating the murder. A dhaba in Hubballi is where the plots should eventually converge. The narrative shifts between one plot to the other without missing a heartbeat. This fast narrative takes you from one interesting scene to the next and keeps you hooked.

If you are a fan of this franchise, you know what to expect and the director makes sure it is delivered. While there is ample action and bloodshed, the climax fight leaves even the hardened action film fan stunned. Ravishankar peaks as an actor here.

Naveen Chandra, Naina Ganguly and Divya Pillai add the risqué element to the otherwise blood sport. A raunchy item song, a Osho Rajaneesh doppelganger and other such characters fill up the gaps in the narrative. The narrative does not beat around the bush and goes directly for the jugular from the word go.

Srinivasa Raju has managed to up the technical quotient of these films with every outing. Even though it is a film made to pique the baser elements, care is taken to present it in a stylish manner. The cinematography, background score and editing are firmly grounded and provide the film with a good framework. Hubli Dhaba may not be the kind of film that works for everyone. Its ‘A’ certificate is richly deserved. But if you have enjoyed the earlier films in this series and like the genre, this is a worthy addition to the list.