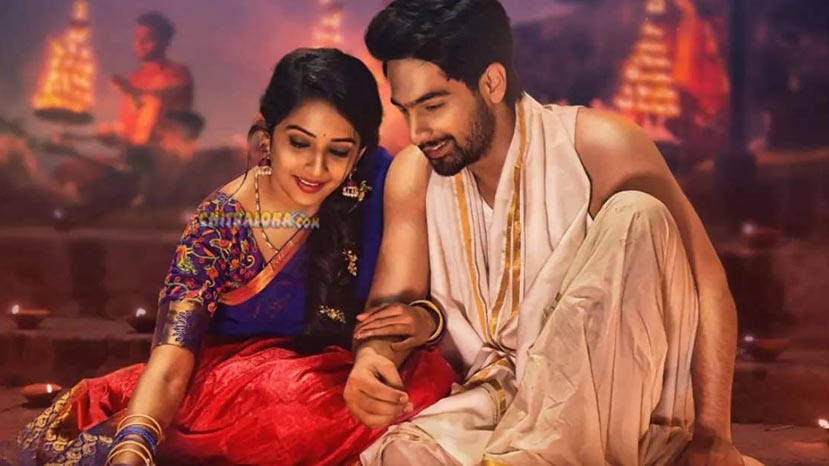 Director Jayathirtha surely has the travel bug. His films show a strong tendency to explore the new. In Banaras, he not only explores exotic locations but exploits exotic story ideas too. Banaras/Kashi may not be unknown to Kannada audiences, but hosting an entire Kannada film in this location had to come from him. The story too travels boldly to the far reaches of the sci-fi galaxy where few Sandalwood films have travelled so far. A time-loop warped in a romantic tale is a small step forward for the industry but a giant leap of imagination for the audience.

The film starts like a typical romantic story you weave for a debutant actor (Zaid Khan, more popular as the son of politician Zameer Ahmed Khan). Fun, frolic, songs and youthful banter fill the first half of the film. An emotional touch to an Internet-era evil gives the lead actor a humane touch too. We have already been told the film has a time travel tale. You keep waiting for it till half the film is done with. The first half is not bad, but when you are expecting a sci-fi thriller, you want the action to start as soon as possible. When the action kicks in in the second half, it is riveting and keeps you hooked.

Banaras is the unexpected film that you will take for granted without watching. The real fun is finding out that it offers more than what was promised. It certainly deserves a visit to the theatres for not being repetitive (pun intended).

Zaid makes an impressive debut and fits the bill quite well. He seems to have realised quite early that the safe bet in films is to be unusual. The film is unusual and those who watch it will not forget it or Zaid in a hurry. Sonal is just the right amount of glamour and bundle of emotions that a mass-movie heroine is expected to carry to carry on screen. Achyuth continues to raise the bar with every outing while the director gets Sujay Shastry to do more than what was necessary.

The film is technically sound with the cinematographer Advaitha Gurumurthy and editor KM Prakash deserving special mention. Ajaneesh Loknath cannot do anything wrong and continues his dream run with the music. Banaras takes you on a journey of both the mind and body. It is a free trip to Kashi with a good dose of mind travel for those cerebrally inclined.