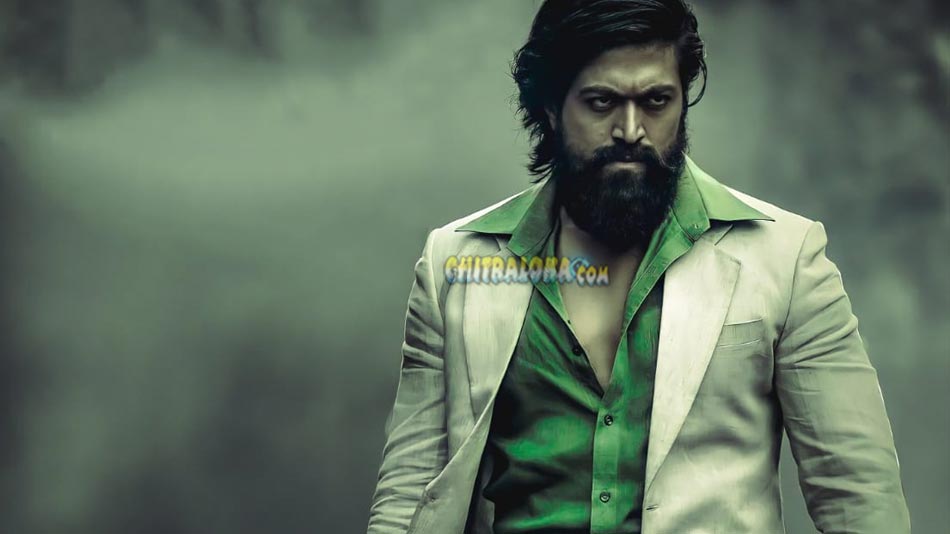 Firstly, make sure you watch this film in the biggest screen in a multiplex which can provide the best showcase for the visual and acoustic grandeur that will be unleashed on your senses. KGF2 carries the aura of awe as the 'monster' of all mass films. And it mostly lives up to the hype.

The canvas and magnificence of the first part had to be magnified manifold in Chapter 2. Prashant Neel manages to do it by creating some of the most stunning action sequences you have watched in Indian movies. The sequences, from "Doddamma" to the Kalashnikov and the car chase to the epic clash between Rocky and Adheera, is a grand procession of remarkably choreographed and conceptualised fights.

We are already familiar with the life of Rocky; his troubled childhood, the inspiration and mentor that his mother's memories that continue to influence him and how he establishes himself in gold country KGF. The second half of this journey begins right where the first ended.

One-man-army is an understatement for what Rocky can achieve. He is the perfect combination of brains and brawns who can not take a misstep, who can not lose a fight, who always speaks the best lines and does not mind stooping to conquer what he wants. He can think ahead of anyone in the room and outmaneuver every opposition. Again, it would be an understatement to say Rocky carries the film on his shoulders. He is the film. Yash and Neel keep the film spinning around Rocky without a pause. The machismo oozes out from every frame.

Only two characters can pose a threat to the empire being built by Rocky; Adheera who was one of the original builders of KGF and the Prime Minister of India herself. So how does India's greatest ever criminal face up to the challenge? That requires a visit to the theatres.

A unique style of Neel is to intercut two completely different scenes and propel the story, akin to the juxtaposing of mere images we would see in  director Angles films. The director seems to enjoy playing with this as it can be found throughout Chapter 2. This technique makes the narrative seem quick.

Another noticeable feature is every scene being a set piece. In themselves, each scene is meant to be an imposing monument. This works perfectly for every action scene in the film and there are plenty of them. Where it falters however is the emotional scenes. Romance or whatever Srinidhi Shetty was supposed to bring to the table is hardly relatable. She does not even get to cheer like the heroins of the 80s when the hero is trashing the villains. The mentoring of the mother and the protagonist's continued recourse to her memories are repetitive. Looks like this part of the emotion was exhausted in the first part itself.

The carryover characters from the first part have the effect of turning into caricatures. But the situation is saved by the arrival of fresh blooded characters played by Sanjay Dutt, Raveena Tandon, Rao Ramesh and Prakash Rai. Rao Ramesh as the CBI chief impresses and so does Raveena Tandon as Prime Minister Ramika Sen

Neel's ability is to elevate every single scene into a celebration; a Sidney Sheldon novel on the screen. Since it is a celebration, you have to partake in it, even if some of them seem farcical. He pays glowing tributes to quite a few cinematic influences. The car chase is an ode to the one in Fury Road. Rocky is even inspired by Gordon Gekko from Wall Street and almost delivers the Greed is Good speech.

Rocky's character gets the best of the one-liners and punch dialogues. Though the character's style changes, his speech does not, which is a bit disconnected. The actor however manages to stamp his presence on the screen imperiously. He is really the larger-than-life character Neel imagined.

KGF 2 will rank among the most technically accomplished films. You can't even begin to imagine the logistics of the editor. The cinematography, as we had seen in the first part, has changed the tone of all action films for years to come. Without Ravi Basrur KGF would be different letters altogether. He never lets the heartbeat go a beat slower.

If you liked Chapter 1, you can blindly give Chapter 2 all the five stars. Wait for the credit-cookie after the film ends, which will surely pump up the excitement some more.

The KGF series has put Sandalwood on a new trajectory. For that alone, the team deserves a standing ovation.