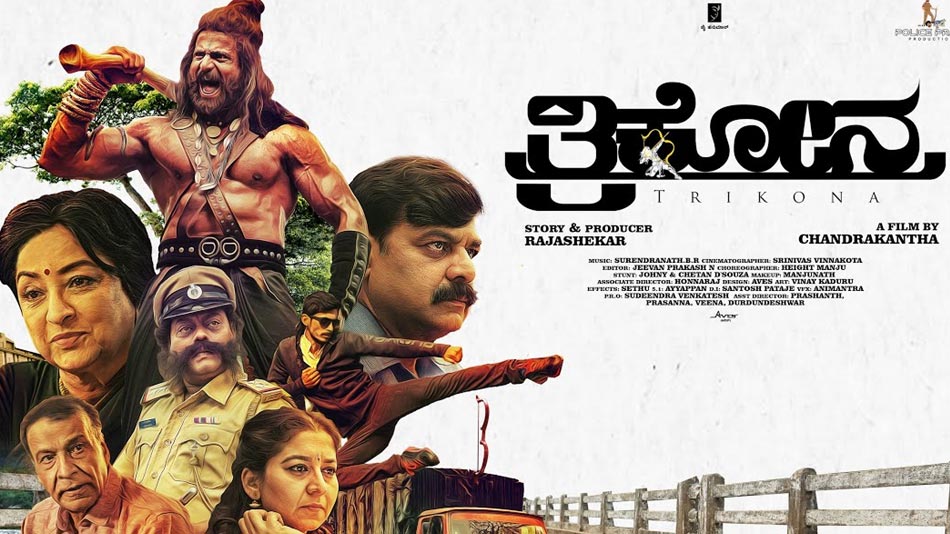 Patience, Ego and Strength: Who wins?

Trikona is a unique trijunction of three diverse stories all of which are mutually tied up in a race of cause and effect. Three couples are on a journey and encounter a problem. One couple has patience to deal with it, the second has ego and the third brute force. How these diverse emotions come to play a role in their lives and how all three are interconnected becomes the crux of the narrative.

Director Chandrakanth has picked up an unusual story for the film. The characters he has created come from different backgrounds and deal with similar problems in different manners. This makes the story special. Lakshmi and Suresh Heblikar as the elderly couple bring a fascinating angle to the narrative with brilliant dialogues and pure grace.

Achyuth outdoes himself in a role where he has to showcase ego and selfishness. Sudharani as his counterpart is a perfect foil. Raj Veer is the angry young man who believes brute force can solve any problem. They are faced with a semi-fantasy character as the antagonist.

Trikona is a travel story and at times it seems that the director has taken a lengthy detour instead of keeping the journey going smoothly on the highway. But it is necessary to flesh out the characters and bring about their uniqueness before the audience.

All three groups of characters are travelling from Bengaluru to Mangaluru. Unknown to them, their destinies are tied up. Their destination is the same but their goals are different. All three are stopped on their tracks by Kaala, a sort of doomsday man and God of death combined. How the three face him and who wins forms the rest of the story.

There are lots of experiments in the way the story is constructed and good techniques used to keep the audience hooked. The performances of the senior actors alone is enough to keep the film engaging.