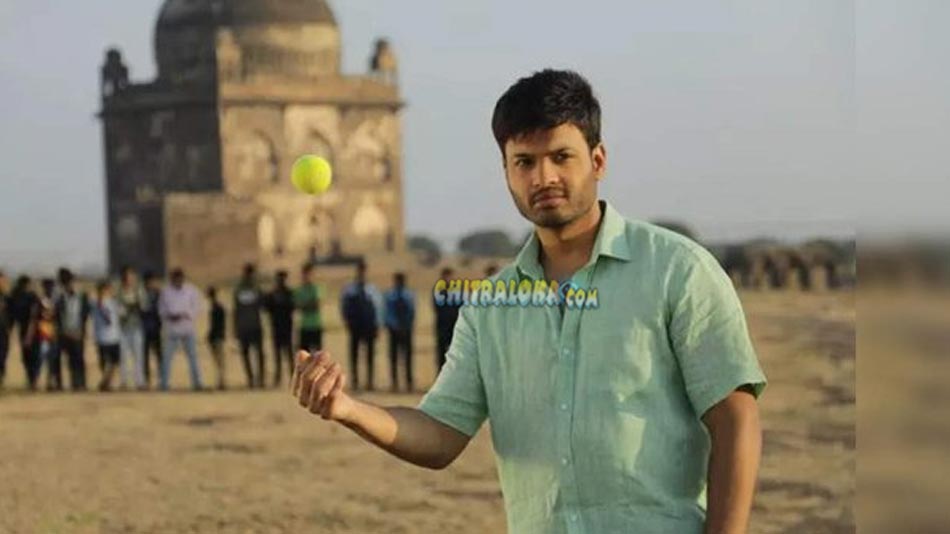 Entertainment is the only motto of Govinda Govinda. It sticks to this basic premise and in that aspect gives good value for your money. Three vagabond students, a girl desperate to make a mark and a film director who erases the line between reel and reality. Put them together and you get Govinda Govinda.

Fun, frolic, humour and thrills are the four pillars of this film. It takes its plot from the Telugu film Brochevarevarura and has been remade in Kannada, Telugu and Malayalam. The Kannada version we saw has some subtle changes and adds some more value.

The film starts with two parallel plots. A film director is narrating a story to a film star (Bhavana Menon). Meanwhile the three college students are helping their college mate (Kavitha Gowda) escape from her house. She wants to be a dancer but is opposed by her father. In a series of funny incidents, the two plots combine to start another round of funny twists. There is a third angle to the story too. A bunch of villains who are on the lookout for a big money making idea end up in the middle of this already comedy of errors.

The director has kept faith in the original plot and makes nativity changes. The narrative in the first half focuses only on funny incidents. In the second half, the comedy is combined with unusual twists and meaty story. Despite being his first film, he manages to show deft handling of the plot.

Sumanth, Kavitha and Achyuth shine in their roles. Even if all characters are created to provide laughs, Vijay Chendur and Pawan nail the timing to perfection. Most of the actors are apt for their roles and manage to deliver the promised entertainment.

Kidnap as the central plot trigger opens up a variety of unusual and amusing incidents. What is real and what is unreal merge and become one thrill ride. The film makes for a perfect family outing as the humour and comedy is not aimed at any one age group.

Govinda Govinda is magic without worrying too much about logic. You will enjoy it without regret.