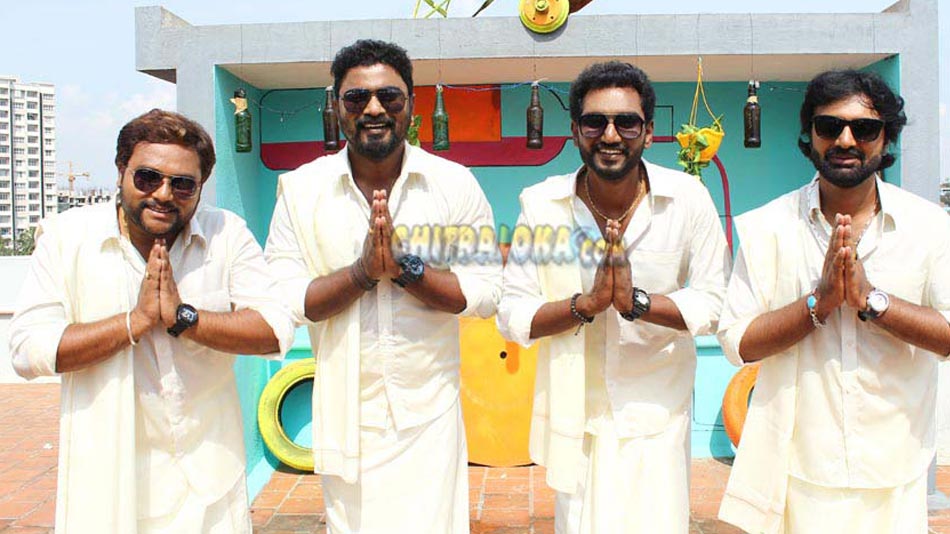 Cinema in Cinema is one concept which is very popular in Kannada cinema and many films based on films have been released till now. This week starrer 'SALT' ranks one among them.

The film tells the story of four youths who have big aspirations to achieve big in the Kannada cinema industry. While one wants to be a hero, the other three want to be a cinematographer, director and villain respectively. The four set out to do a film together. Can the youths realise their dream without any hindrance? This forms the crux of the film.

As told earlier, the film revolves around the trials and tribulations of cinema making and the director is keen to portray what all happens behind the making of a film. Director Bharath Nanda who had earlier directed 'Diana House', this time has selected a story with a lot of comic and thriller elements in it.

One is sure to get a question about what has the title got to do with the film. Well, as the film revolves around the four main characters of the film, the title is derived from the first letter of all the four names. The film is all about the struggles of Satya, Akul, Loki and Trinetra. So, the film has been titled as 'SALT'.

Bharath Nanda apart from scripting and directing the film, has played one of the heroes along with Chethan Kumar, Chandru Chatrapathi and Satish Malavalli. Yashaswini Shetty and Rashmita Gowda are the heroines, while Vijayashree Kalaburgi is seen in the role of Sweety, a cute girl. Bala Rajawadi and others play prominent roles in the film.