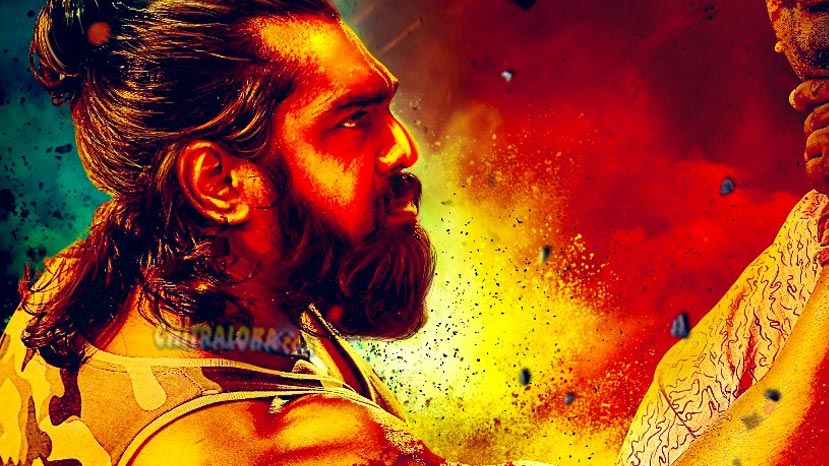 Post lockdown period, the Kannada film industry is heavily banking upon the releases of 'big star' movies, which are lined up this summer. Of the first, action prince Dhruva Sarja's most expected - Pogaru hit the screens for the first time with hundred percent occupancy in the present scenario. While all eyes were on Pogaru's response, the movie surprisingly fails on most accounts, making it an average experience even for the diehard fans of action films or for the mass masala audience.

The film which took a fair bit of time for the making turns out to be a disappointment in the end. It scores an average following the expectations it carried after all hype including the song especially Karaabu breaking all records in addition to its releases in multiple languages outside Karnataka.

In a nutshell, the film has everything from action to all kinds of emotional drama but the handling of the script to effectively gel all the elements becomes a major hurdle in all almost three hours of continuous drama.

Pogaru is everything about Dhruva Sarja's new avatar as a careless and selfish person with a single agenda throughout the movie. From the size of his biceps, to lengthy build-up dialogues to lavish picturisation of songs and fighting scenes, Dhruva Sarja remains the only highlight with no emphasis given either to the essence of the story or the support cast. Rashmika Mandanna too has no bigger relevance than just being the namesake female lead. It applies to every other character.

Pogaru is good in bits and pieces but as a whole, there is nothing extraordinary. It is an average, usual mass masala entertainer!
Chitraloka Rating - 3/5