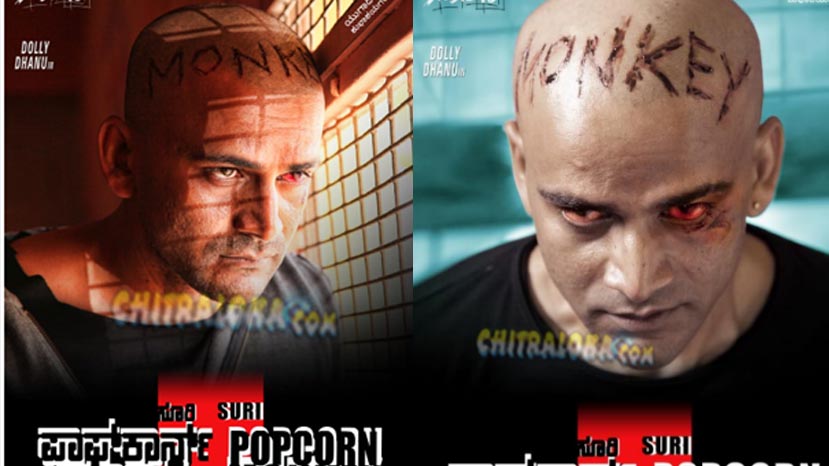 Duniya Suri returns with another cinematic excellence with an unusual title as usual. Popcorn Monkey Tiger is an amalgamation of many realistic sequences running between multiple characters while the epicenter of it is Dhananjaya as Tiger Seena.

Working on his favourite subject - rowdyism and gang wars, Suri unleashes his best after Tagaru. Since the movie is made for the adult audience, the storyline and the screenplay runs in various dimensions with separate stories which later connect the dots.

Though the texture of this movie is based on violence and realistic take on certain characters, it has a larger meaning, something which leaves the audience to ponder over after experiencing the movie.

Unlike the regular genre of underworld subject or any other film about a rowdy being the epicenter, Popcorn Monkey Tiger has equal relevance to series of characters including that of Niveditha, who makes an effortless transformation from being an ordinary poor lady to a sophisticated well-to-do person.

The subplots of the missing baby and the two thieves running around with a bag full of money and much more are just some of the many highlights.

Technically, the movie strikes perfection for showcasing reality. The background score with jingles sets the tone. Apart from the violence, and all the emotions packed excessively takes some time to settle before the true meaningful picture starts to emerge. Undoubtedly, it is Suri's one of his best paintings on the big screen in recent times. Last but not the least Dhananjaya excels, raising the bar for himself, and the rest of the cast puts up an impressive show.

So, book your tickets and pick up that tubful of popcorn and watch Suri's latest which will certainly leave you mesmerised in the end.