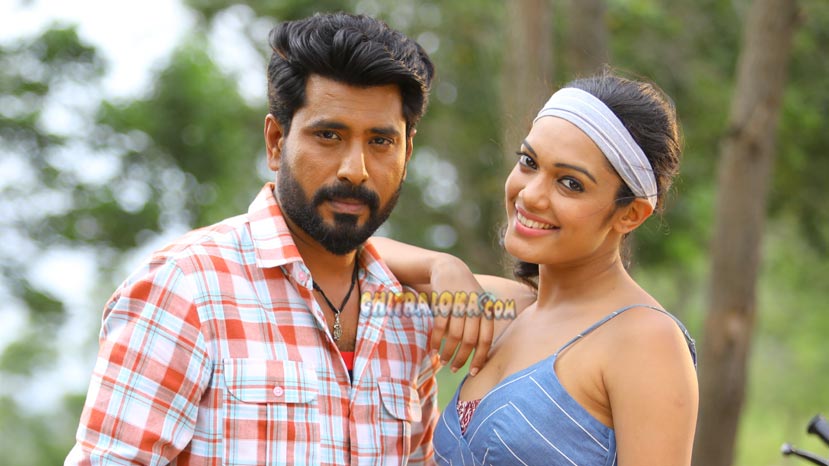 Masterpiece director Manju Mandavya who turns hero with this one has the right partner with a sensible tale to make it a decent entertainer. Plus, it comes along with a social message in addition to comedy and all the necessary elements for a commercial potboiler.

While the title suggests that it is about two friends and their escapades, the actual content arrives in the form of the female lead, who is in search of her parents. While the initial duration focuses on the two friends - Bharatha and Bahubali, played by Manju Mandavya and Chikkanna, the later part of it is churned around the NRI girl played by Sarah Harish.

The predictable story is insulated with several subplots to keep it interesting beyond the laughter riot, which the two main protagonists offer right till the end. Unlike few projects especially made for the launching of an actor turning into hero, wherein the centre the attraction is the protagonist, Sri Bharatha Bahubali is an exception to it.

In a nutshell, the tale is about an NRI girl who comes to India in search of her parents, who had given away their child to a foreign couple who had come for a visit in India. She comes in contact with Bharatha and Bahubali, ti seek their help in finding her parents. As the story moves forward, the plot gets interesting but never sheds its core purpose to keep the humour going.

Will the heroine find her parents or is there a twist to it in the end, is worth watching Sri Bharatha Bahubali for its honest take on a social message with an entertaining spin to it. Manju Mandavya impresses as a hero along with Sarah Harish and Chikkanna remains true to his expectations. Altogether, Sri Bharatha Bahubali comes out as a winner with a difference in many ways.