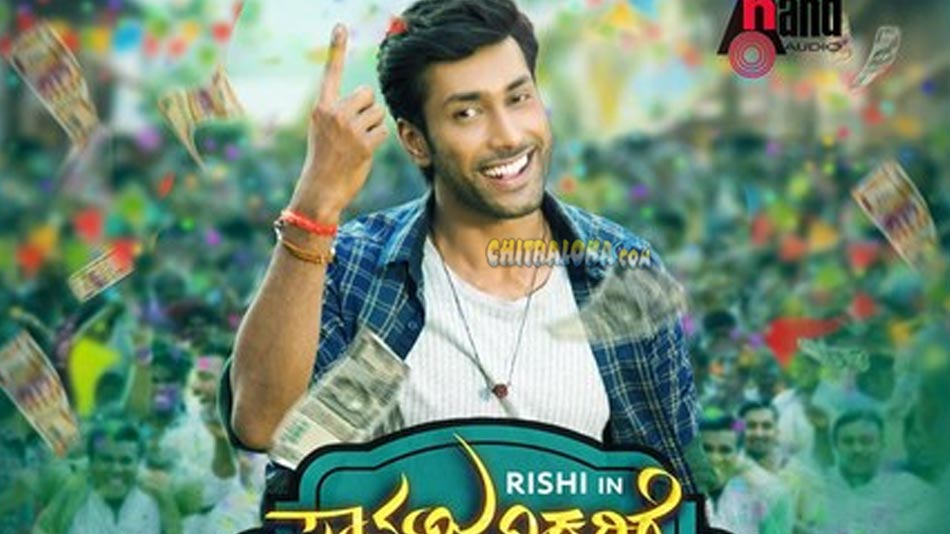 From the makers of Gultoo, comes another entertainer and unlike the first venture this one is a rib tickling comedy which runs around a simple but an effective plot. Rishi, who started his run at the box office with Operation Alamelamma, a similar genre of this kind and then a serious suspense thriller with Kavaludaaruli, has grabbed onto this golden opportunity. A pretty impressive beginning it is for Rishi, as Sarvajanikarige Suvarnavakasha is going to be another feather in his cap.

Insofar as the movie, director Anoop Ramaswamy Kashyap has kept it simple while adding value to it with a realistic and an effective script for the audience, who will laugh at the misadventurous of Vedanth, in short Vedu portrayed by Rishi, and his friend played by Siddu Moolimani.

The emergence of new filmmakers in Kannada, who opt to experiment beyond the usual set of commercial mix-masala formulas, is really paying off Kannada film industry to a greater extent. Along with the number of films, the ratio of the quality films and the success rate of such films has certainly gone up exponentially in the last few years.

This one which marks the debut of talented Bengaluru girl Dhanya Balakrishna, revolves around a missing golden chain followed by the escapades of Vedanth and his friends against the gang of single hand villain portrayed by Rangayana Raghu. It has few good songs including the one sung by power star.

The protagonist is the only son of an elderly couple, which is interesting by itself to start off. Dattanna repeats his magical performance as a loving husband who takes of his bed ridden wife along with his son Vedanth. The couple's loving tale speaks volumes about faith and compatibility even in the extreme situations of life offers.

When a golden chain belonging to Vedu's girlfriend goes missing on a day the two go on an outing on her birthday, a series of funny events u folds for two hours of fun filled comedy. On what could be the golden opportunity for the public, it is best experienced at a theatre near you.