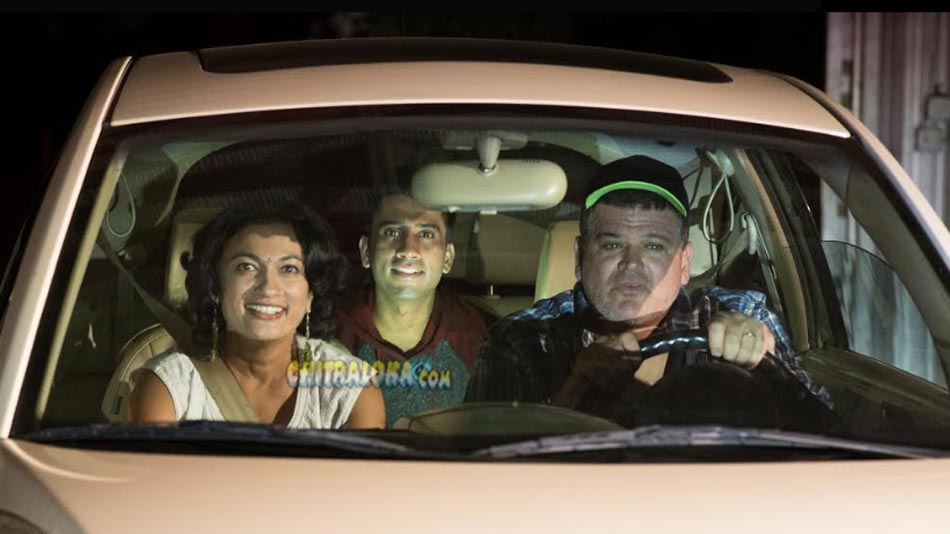 Babru, the first ever Kannada film shot entirely in the United States of America, is a road trip movie which involves two strangers with different motives. A thriller of a kind, Babru is a pleasant ride filled with good amount of surprises along with twists and turns to it.

As the makers claims it is a journey covering upto 1503 miles on the road, it is quite a trip for the audience who seek for some fun entertainment attached with thrilling elements. Suman Nagarkar who is also one of the producers along with a bunch of movie loving NRIs, makes a comeback with this one.

It is the technical team headed by Sujay Ramaiah, a software engineer turned director based in California makes Babru look stunningly beautiful on the screen. It kick starts with two strangers sharing a rented car to reach their faraway destination across America, and what follows until they part from each other is worth an experience to watch with all the necessary elements with hardly any bumps ahead as the journey moves ahead.

It is swift too. Suman Nagarkar puts up another memorable act along with the freshers including Mahi Hiremath and the rest of the cast.

It takes a wild turn when the two comes to know that they had been carrying drugs worth over ten million dollars. With money coming into play, the trip takes on an adventurous mode with a chase for a lifetime. How the two end up with money is Babru's USP. Do book your tickets, and fasten your seatbelt for some action on the American roads this weekend as Babru releases this Friday at a theatre near you.