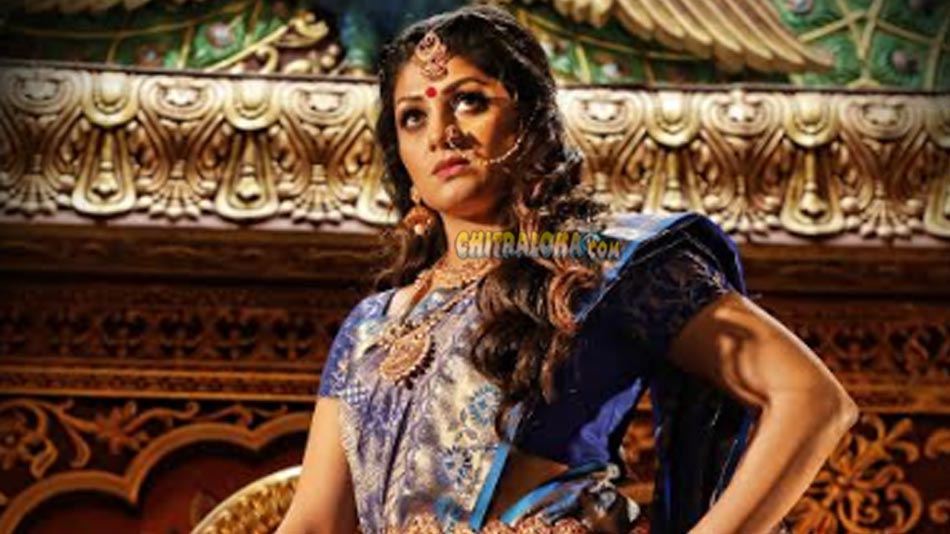 The entertaining ghost returns to sandalwood in less than two weeks, and this time it is the pretty Radhika Kumaraswamy who enthralls the audience in yet another horror comedy for the season.

Navarasan directorial has a big list of cast and runs high on entertaining factors revolving around a haunted house. The fun starts on a serious note with Vicky, who works in television, facing financial problems after his father left him with huge loans to clear. To make it worse, his mother is diagnosed with a serious health issue.

The twist in the tale comes with his mother revealing about a bungalow bought by his father, which he couldn't sell since he had found out later that it is a haunted one.

The perfect mix of horror and comedy makes Damayanti a good watch. The first half is more about the failed attempts by the gang to disprove the existence of a ghost but it turns horrific when they accidentally awaken the devil which exists to avenge the killer.

The director has made sure that the script has something for all kinds of audiences, from the likings of drama, comedy, sentiment, action and much more with horror-comedy running the show.

Will the bunch of men able to pacify the ghost, and whether it will succeed in its purpose of afterlife existence is worth the time in exploring this roller coaster ride which offers pure entertainment with a beautiful ghost in action.