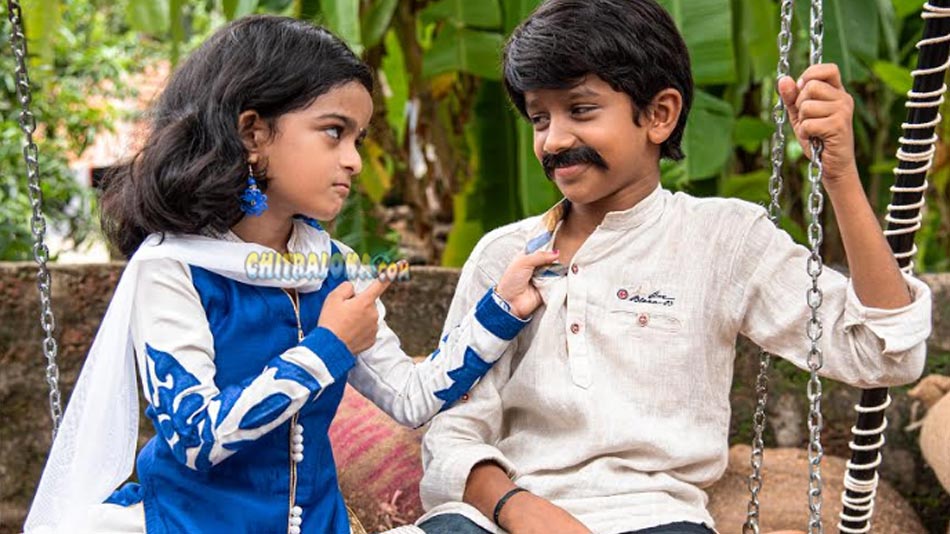 Girmit, the movie is as tasty as the popular snack from the North Karnataka - Girmit. A first of its kind in the Indian cinema, composer and filmmaker Ravi Basrur deserves appreciation for making a pakka commercial entertainer with a unique cast - an all child venture, portraying the roles of the adults.

With 280 child artists in the movie, it is a laughter riot packed surprisingly in a tiny box. Inspired by the television commercial advertisement wherein child artists are roped in to play the adults, Ravi Basrur extends the idea by making it one of the funniest and yet a total entertainer in sandalwood till date involving only children on the silver screen.

To make it more irresistible, all the characters played by the little ones are dubbed by the actual star actors in the industry, right from Rocking Star Yash, Radhika Pandit, Thara, Rangayna Raghu, Achyuth Kumar and several others.

Just like any other usual commercial film, Girmit has it all - the build up scenes, the slow motion fights, punching dialogues, romance, action, drama and what not all. There is a saying in Kannada - Makkalu Enu Madidru Chenda, which means that children are best at anything, and it fits so perfectly to this Girmit, prepared so well by the director and his entire team.

Yash and Radhik Pandit, who have lend their voice to the lead characters is the star attraction to an unmissable venture of the year. Like how food is better when tasted, Ravi Basrur's Girmit is better enjoyed watching it on the big screen. So, go book tickets for your entire family and do not miss to take the little ones, as Girmit will surprise you all.