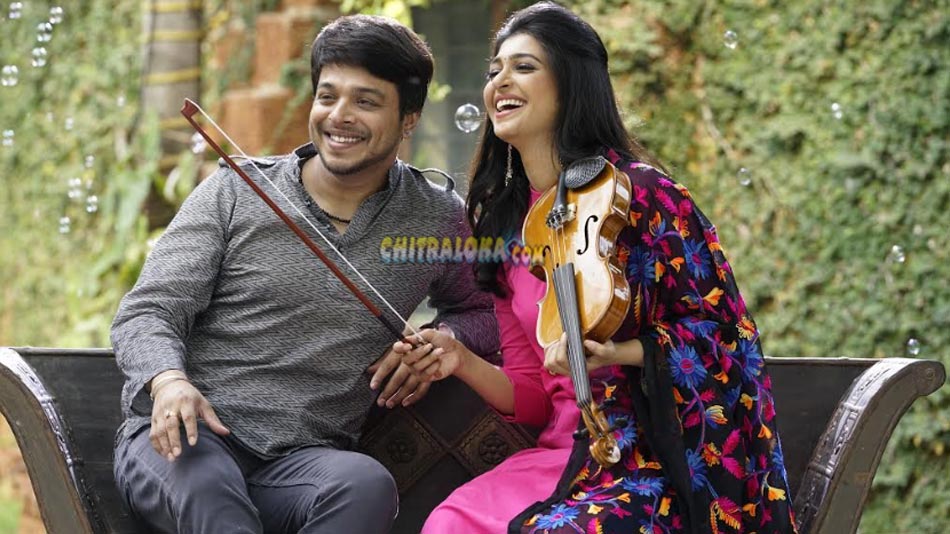 The classic film Ranganayaki released in 1981, directed by one of the greatest Kannada filmmakers - Puttanna Kanagal showcases the struggle of a woman and how she faces it all. The present one, Ranganayaki - Volume 1: Virginity by Dayal Padmanabhan throws light on the brave and determined side of a woman, who seeks justice for herself in an emotionally sensible tale.

Dayal of the fame of 'Actor' film produced by Mr. Veeresh under Chitraloka Movies, truly deserves appreciation for celebrating the daring attitude of women on the silver screen while setting an example for the fairer sex in one of the honest making in the recent past.

Aditi Prabhudeva, who plays the central character is the main highlight of this moving experience, which revolves around the turbulent fate of a lady, who lost her parents in childhood due to a road mishap. A teacher, she is a confident person with a kind heart.

Finally, when everything starts going fine for her with one of her friends, played by Trivikram proposes her, she faces an horrific incident. The other guy who is in love and heartbroken is played by Srinivas of Birbal fame. Just a day before a new beginning, the protagonist 'finds' herself that she has been raped by the men who had invited her for dinner!

Despite facing the toughest situation, she gathers herself and fights back legally to bring the culprits to justice. It is script which speaks for itself with realistic approach along with exemplary performance makes Ranganayaki, an unmissable film about woman, her stength and determination told in a sensible manner.

Along with it, the director also highlights the vulnerabilities, a woman faces, by holding mirror to the society. Do not miss this one, which comes with a meaningful lesson attached to it.