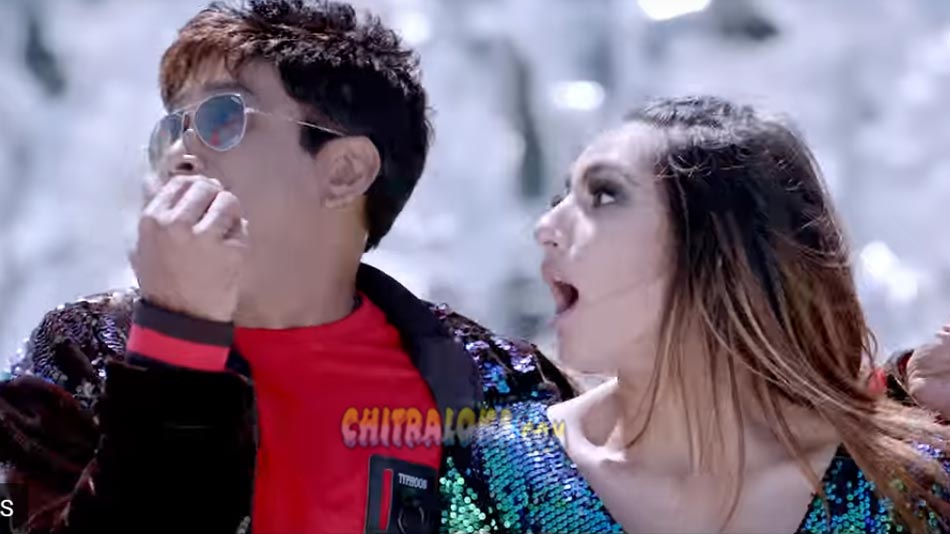 The 'president' of comedy - Sharaan is back with another rib tickling entertainer. But this time the action is set mostly in America where he is joined with Sadhu Kokila, Rangayana Raghu and others. The sizzling Ragini Dwivedi makes the two-and-a-half hour fun ride look beautiful on the screen along with Sharaan, who is at his usual best with his trademark act.

Unlike the five year old Adyaksha wherein Sharaan was paired with Chikkanna, here, he is with Comedy Khiladigalu winner Shivaraj K R Pete. That apart, everything remains the same such as humour and all the fun elements which the brand Sharaan usually guarantees his audience.

The escapades of this American version of Adyaksha kick-starts when Ullas, the protagonist is seen abandoned on the streets of Seattle in the U.S., before he is rescued by the character played by Sadhu Kokila. Soon, the tale goes backwards which fills up the first part of the movie.

It's a plain, simple and carefree comedy which Yoganandh Muddhan has delivered in Sharaan's style. Ragini is a pleasant surprise as Nandini, wherein she plays the role of an alcohol addict who comes down to India to marry Ullas, who is coincidentally a childhood friend of hers.

While Ullas has his eyes set on becoming rich by marrying an American girl after ditching another girl in his hometown, but fate lands him a tricky situation. The rollercoaster of fun and mischiefs continues when Ullas really falls in love with Nandini. When everything goes smoothly, Ullas faces divorce from Nandini after his initial rich plans is revealed. Will he lose Nandini, is what keeps the humour going until the end.

Along with comedy, it has a good and a meaningful message mixed in love and alcohol! Amused over the strange combination, then find it out by yourself at a theatre near you as the fun-filled president is back with a bang from America.