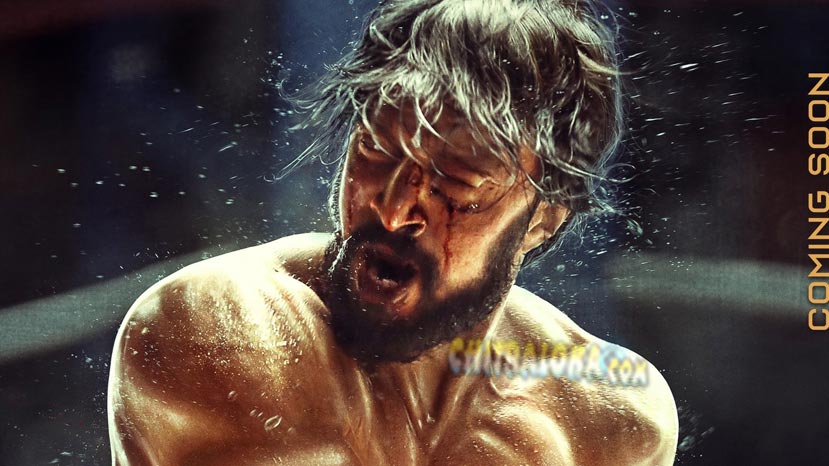 He simply rocks as Pailwaan, and he is namma very own Abhinaya Chakravarthy and the Badshah of Sandalwood- Kichcha Sudeepa. Tagged with the powerful Kichcha, S Krishna has delivered a thundering knockout punch on his debut as a director, and producing it along with his better half Swapna Krishna makes this blistering experience even more special.

Pailwaan, which is released in multiple languages including Kannada, has undoubtedly witnessed to one of the biggest openings in recent times in the history of Kannada film industry.

Coming back to Pailwaan, it's a perfect action thriller presented with the right amount of sensible and meaningful emotions to it. That's not all, it is packed with all the essential for a commercial entertainment too. The story is straight and simple which is another crucial factor for why it appeals to not just Kichcha fans but the general audience who seeks for a complete two plus hours of pure meaningful entertainment.

Kichcha shines without an iota of doubt and all his hard work to get into the soul of the character of a pailwaan, a desi fighter has paid off. The biggest surprise of all is his transformation to fit into the role of a professional boxer in the second half. More than the physical changes, the emotional shift and the thinking of a true wrestler is the real and reel winner for the actor.

Insofar as the supporting cast, it is Bollywood actor Suneil Shetty, who makes his debut in Kannada with this one which adds greater value to the script by not limiting his talent to couple of scenes as a guest actor but is seen in major chunks of Pailwaan. That apart, Aakanksha Singh who also makes her debut too, leaves a pretty impression and stands out as a cute lover and then as a supporting wife and a mother.

The rest is more or less about the fight. The motto of a real wrestler fighter is to fight for a noble cause, and this what Pailwaan stands for. The making and everything else with respect to the technical aspects are of top notch which makes it one of the best from cinematographer turned director Krishna.

Pailwaan is worth every penny, and deserves appreciation for sheer hard work and dedication. Go watch the extravaganza at a theatre near you, as this match is won already.