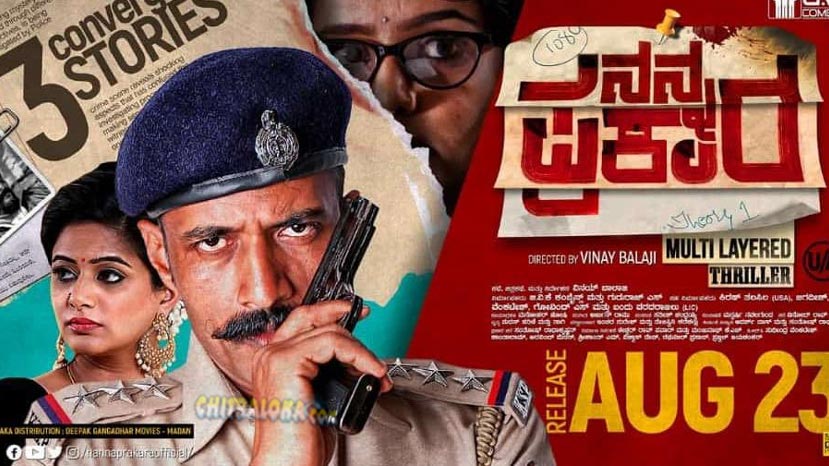 The new breed of filmmakers continue to impress, and this time it's the turn of visual effect technician Vinay Balaji who makes his directorial debut with a sensible suspense thriller.

The multilayered murder mystery as it claims, the movie promises a two plus hours of whodunnit tale backed with brilliant performances led by Kishore, Priyamani, Mayuri, Niranjan Deshpande and others.

With a catchy title, the crime thriller takes off with investigation of a murder with the suspicion of needle pointing towards multiple suspects. Kishore as cop starts digging into it, and before he concludes it according to his findings, the tale takes another twist.

The debutant has managed to work on the curiosities which is a backbone of any suspense thriller. Priyamani as doctor returns to the big screen after a gap of over two years. Further, Mayuri plays a dual shade with a different, which holds the key of 'Nanna Prakara'.

The making and the script is another factor which makes the thriller a good watch. The surprise elements gives the much needed boost for an edge of the seat experience. Unlike other crime thrillers, Nanna Prakara has very little bloodshed and rests wholly on the circumstances with unusual twists.

For a first timer, this one excels the expectations, especially when dealing with the tricky genre such as suspense. Kishore coupled with the rest of the cast makes Nanna Prakara as one of the best thrillers in the recent times which will leave the audience surprised in the end. Go watch as this guarantees for a multi-layered entertainment.