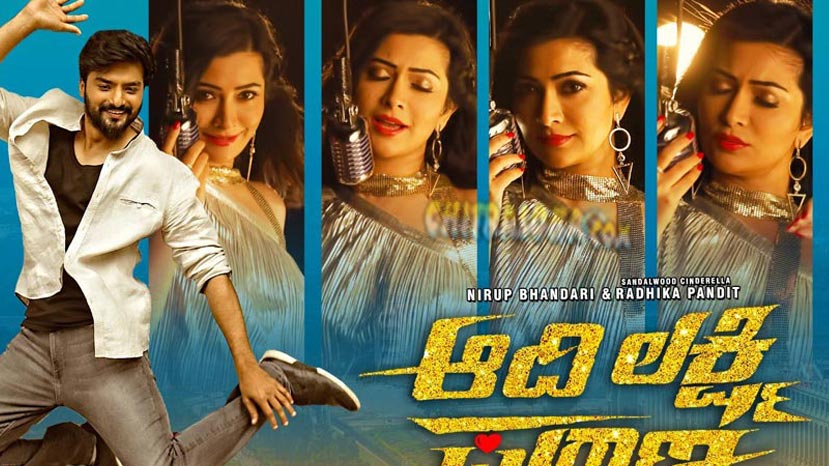 One of sandalwood's finest actresses in recent times - Radhika Pandit, has one more reason to smile with Aadi Lakshmi Puraana, delivering on its assurance for a fun-filled entertainment.

Further, it is also special for the reason that the sandalwood has witnessed back to back release of movies directed by women directors. This time, Priya, who has been groomed under legendary filmmaker such as Maniratnam, has worked on a romantic-comedy with a completely new approach to it.

On the outset, the tale majorly rests on the two protagonists, Aaditya played by Nirup Bhandari and Lakshmi by Radhika Pandit. While Aadi, an investigating officer dealing with drug mafia crosses path with Lakshmi, who is living a simple life with mischievous attitude of playing harmless pranks and lies on others. Soon, the fun starts to flourish with web of lies taking over the romantic roller coaster.

Unlike the usual drama, Aadi Lakshmi Puraana breathes freshness and doesn't deviate to good versus bad with rom-com as a booster. But, in fact the cute love story continues to be in focus and everything else is made to take the second fiddle. Preetha Jayaram has done a 'wonderful' job with the camera, which is another strength of the film apart from the love drama and the talented cast pulling it off with ease.

While Radhika Pandit takes the centre stage for putting her best as Lakshmi, Nirup continues to impress with his acts. His elder brother Anup Bhandari gives the rom-com its perfect rhythm and number to swing along with the lovely tale. Watch the fun and mischievous tale which guarantees 100 per cent of cute, crisp and clean entertainment. Another feather in the cap for Rockline Venkatesh as producer.