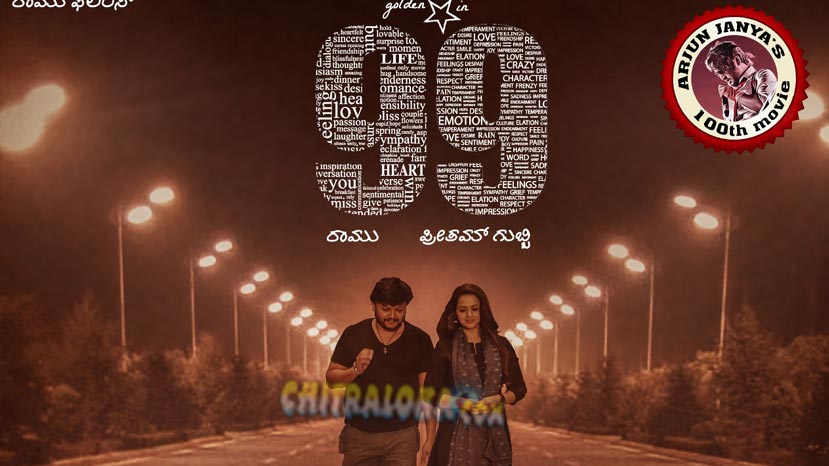 The official remake of the Tamil hit film 96 which earned great appreciation for its realistic tale and the making of it, reunites Golden star Ganesh with one of his favourite director Preetham Gubbi along with Bhavana, who was last seen with him in Romeo.

While 99 has managed to score a perfect 100 when it comes to retaining the essence and the soul of the original, it is Ganesh who has proved his best playing such characters for over the years elevates the experience in this remake version.

For all those who are unaware of the original, it is about Raam, the protagonist, a photographer who accidentally bumps into his love interest from his high school days and how it leads the rest is the crux of this tale. Set in two parts, first the reunion of high school friends after nearly two decades and second is filled with a good old love story.

Along with the original, director Preetham Gubbi has also managed to stamp his style of filmmaking through witty dialogues and emotional content. 99 is actually 10 minutes shorter when compared to 96. While Ganesh owns Raam, actress Bhavana is at her very best in her comeback to Kannada. The mix of experienced campaigners such as Ravishankar Gowda, Sathish Gowda, Jyothi Rai and the younger lots including Samiksha and Hemanth evoke laughter.

A sensible to remake which comes with Arjun Janya's signature tune in his 100th film makes it a worth watch in the end, and a must for golden star fans.