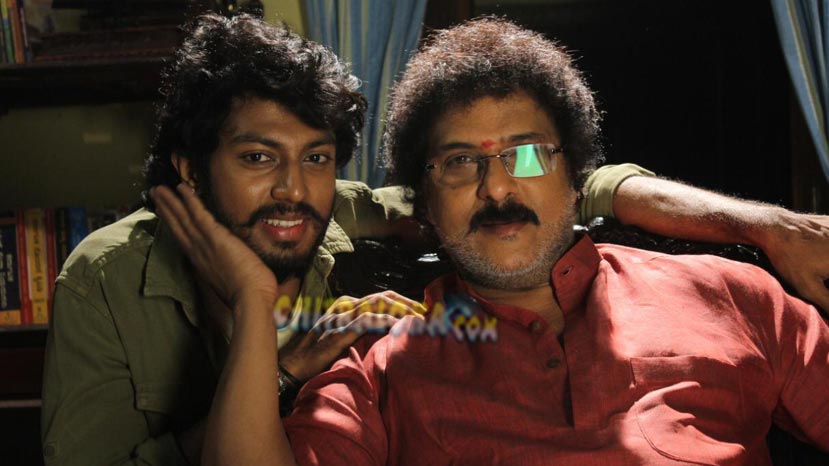 Debutant Shreyas, son of noted Kannada film producer K Manju, opens his account with an apt commercial entertainer which caters to both mass and the class audience. Director Guru Deshpande returns with a tailor made youthful subject for the first time hero pegged with an inspiring tale of an aspiring musician.

Unlike the regular starry launch, the maker has kept it simple, delivering justice to crucial aspects in a film, which is story and the making along with appealing performances.

What makes Paddehuli as a winner is its honesty in giving importance to every department rather turning it into a complete one man show. It has a decent story with a meaningful message to the youngsters, who set out to achieve their dreams against all odds in life.

Crazy Star V. Ravichandran adds greater value to the script as a father. His character as a Kannada lecturer instills faith and determination in the protagonist's mind when he takes an important decision to fulfil his dreams to become a successful musician.

In the meanwhile, the film also delivers in terms of entertainment, from rib-tickling humour set in college, to romance, emotional drama and a bits of action in between the path towards protagonist's journey as an aspiring musician.

The other significant part of Paddehuli, is its content highlighting Kannada language and its rich literature right throughout the movie. In fact, it is the base of this musical saga. The works of popular Kannada writers and the immense treasure of folklore is put to perfect use including the music composed by Ajaneesh Lokanath.

That's not all, Guru Deshpande has presented this one with some real special surprises right from Sahasa Simha Dr. Vishnuvardhan who inspires yet another debutant, as the first part of the film is set in Chitradurga. That apart, it is also a treat for power star Puneeth Rajkumar and Rakshit Shetty fans who play an inspiring role in it.

Insofar Shreyas is concerned, he delivers a power packed performance, and is definitely a talent to watch out for. Nishvika Naidu does a beautiful job as a lover and the rest fits the bill as Paddehuli roars loud with well-balanced entertainment for all.