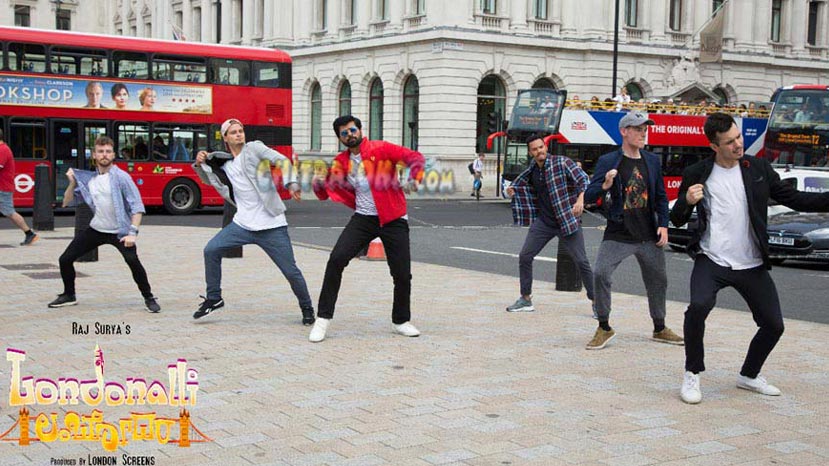 All those 21 NRIs who joined hands to produce a Kannada movie, can certainly feel proud of what they ended up with 'Londonalli Lambodhara’. A sensible film talks about believing in oneself than what the 'stars’ foretell, makes it a meaningful watch. Director Raj Surya does it with perfect humor coupled with the much needed entertaining elements.

It revolves around the protagonist 'Lambodhara’ played by the debutant Santhosh. The prime character blindly believes in his Ekadanta Guruji through his daily horoscope predictions. Lambodhara would never attempt anything in his life unless his guruji predicts the right time for him to do so. Such is his belief, that he remains unemployed for over two years after his studies, as his time was not perfect.

This venture serves as a clear message to all those who solely depend on daily horoscope predictions and delay things while wasting time for the 'right’ moment to arrive.

The camera works stands out throughout the film especially the London sequences, to where Lambodhara lands himself in the second half. It has been his childhood ambition to settle in London and marry a white girl!

It is Achyuth Kumar and Sudha Belawadi, who as parents of Lambodhara reminds of their performances from First Raju Raju film, who raise a child to make him a first rank student than instilling real values in life.

Here, Santhosh is the clear winner portraying Lambodhara and Sampath Raj steals the show as his guruji. Sruthi makes it look effortless and shines all the way as a girl who loves her nation and her people unlike Lambodhara.

It is more than just a commercial drama, as it is focuses on one's belief, pride of being an Indian and the social effects of deserting the loved ones under the myth of realising dreams abroad.

Well, even as per horoscopes, it is the right time to book tickets to watch Londonalli Lambodhara, which guarantees the best of time with entertainment. So, go watch Lambodhara and his escapades in London.